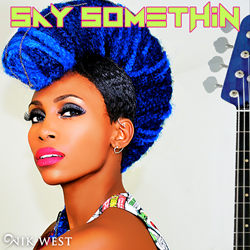 Something so simple can be MONUMENTAL. The FretWraps fix all of the extra rattle of strings especially while slapping. I have one for every bass and it has become extremely important while recording. I get a clean take every time.

In March 2014, Nik graced the pages of Bass Player Magazine with Daft Punk member and bassist Nathan East. She has also appeared on the covers of Bass Musician Magazine, Image and Style magazine and Bass Quarterly Germany. Fender took notice of Nik’s abilities and offered her an artist endorsement. Two years later, she helped Fender create a new line of bases called the Dimension Bass which also had input from Marcus Miller. Nik also founded the Queen Of Strings, a female bass and guitar program and competition. She partnered with many other companies such as Guitar Center and Rock and Roll Camp for Girls - inspiring and teaching young women self esteem and discipline on an instrument, and the Fender Music Foundation, donating several autographed guitars by her friends and icons in the music industry to schools.

To purchase the single and find out more about Nik West, visit her website at http://www.nikwestbass.com or on Facebook at http://www.facebook.com/nikwestmusic.