Gym Source, the nation’s leading provider of innovative fitness solutions, sponsors Holes in My Shoes, an award-winning documentary about legendary NYC strongman Jack Beers. The documentary will air on PBS stations throughout July, 2013. 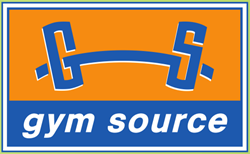 Gym Source is proud to sponsor 'Holes in My Shoes.' Jack Beers is a New York treasure and fitness icon, and his life’s journey is inspiring to watch.

Gym Source is pleased to announce its sponsorship of 'Holes in My Shoes,' an award-winning documentary chronicling the storied and inspiring life of New York City strongman, Jack Beers. Produced in 2006 by Hot Wachs Productions, and originally aired on PBS in 2009, the documentary will be re-broadcast on local New York and New Jersey PBS affiliate stations WNET, WLIW and NJTV throughout July, 2013.

'Holes in My Shoes' tells the story of how Jack Beers, born into poverty on Manhattan’s Lower East Side at the turn of the 20th century, grew to become a living legend whose journey embodies strength, hard work and perseverance. As a scrappy kid weight training in Tomkins Park, he found his way to Coney Island—eventually earning work as a strongman in city clubs and on vaudeville stages. Over time, his feats inspired his moniker as 'New York City's Strongest Boy,' catapulting him into wartime heroism and (as the man who literally completes the Empire State Building by helicopter) New York City landmark status.

'Holes in My Shoes' features Jack, at age 94, discussing his life and revisiting his East Side neighborhood. Most amazing of all, as the documentary shows, is Beers’ retention of his amazing physical strength—still riding an exercise bike 3 miles a day and ripping apart a phone book with his bare hands.

"The story of Jack Beers is the story of New York City," says Richard Miller, CEO of Gym Source. “As a company founded in New York, and built on everything that makes New York great—like strength, endurance and determination—Gym Source is proud to sponsor this terrific documentary. Jack Beers is a New York treasure and fitness icon, and his life’s journey is inspiring to watch.”

To preview the film, click here. For more information about Gym Source’s sponsorship of 'Holes in My Shoes,' call (800) GYM-SOURCE.

ABOUT 'HOLES IN MY SHOES'

'Holes in My Shoes' is an award-winning documentary feature film. It chronicles the life of Jack Beers, covering 94 years of his life from 1910 to 2004. Winner of 4 Best Documentary Feature Film awards, the documentary aired on PBS WNET 13 (New York) prime time from 2009-2010. The movie is distributed on DVD and Online in USA/Canada by KinoLorber, and distributed for TV worldwide by Sky Vision (formerly Parthenon) from the United Kingdom. It’s directed by David Wachs, winner of 20 international film and TV awards.

Gym Source, headquartered in New York, NY, is America’s largest distributor of residential and commercial fitness equipment—and an undisputed leader in fitness expertise. With 31 stores in 10 states, and more than 200,000 customers in 47 countries, Gym Source maintains its reputation by consistently providing the best customer service and selling only the best equipment. The in-house Gym Source team of fitness experts and service personnel can design, deliver, install and service the fitness needs of any facility. To learn more about how the Gym Source commercial team can provide solutions for your fitness facility, call (800) GYM-SOURCE or visit us at http://www.GymSource.com