Here Media has announced its first original MOW under the new AMERICANA brand. HERE WE GO AGAIN, AND AGAIN, AND AGAIN, written by two-time Emmy nominated actor-producer, David Millbern, is slated to go into production Spring of 2020 in Greece. 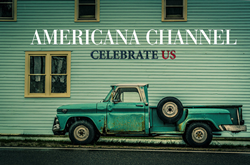 We are excited to work with David Millbern, our European production partners and distribution partner, Vision Films, to ensure tremendous beauty, value and craft are embodied within the story and film.

The film follows an American couple who travel to Greece to renew their wedding vows, celebrating their 25th wedding anniversary. The Rom-Com takes off when their soap opera star son follows them and falls for a Greek stage actress, learning how to truly love and act. Greek film director Nick Gaitatjis (Without Borders) is set to direct and produce.

“A filmmaker’s location wish list is an exotic one, and Greece is high on the list,” says Gaitatjis. “When the Greek government announced a 35% tax incentive a few years back, it got me excited to return with a project I am passionate about. The natural beauty of the country, with its pristine waters and beaches, lush landscapes, historical sites and landmarks, radiant light, and rich culture all lends themselves to elevate the production value of our film. Through the lenses of our cameras, I’m looking forward to complementing our story with the beauty of my homeland and sharing it with the rest of the world.”

AMERICANA is an on-demand streaming and television brand distributed across multiple platforms. It features programming celebrating the inspiration, struggle and triumph of the American experience. AMERICANA presents stories of heroism, romance, mystery, faith and kindness. It invites inclusiveness and generosity and abstains from the political to promote civility and acceptance.

“From the Oscar-winning films Gods & Monsters and Departures, Here Media has built an, 25-year, 150-plus feature library that depicts stories of diversity, positive imagery and the depths of humanity,” says John Mongiardo, Executive Producer and President of Here Media Inc. “We are excited to work with David Millbern, our European production partners and distribution partner, Vision Films, to ensure tremendous beauty, value and craft are embodied within the story and film. We strive to entertain and captivate the hearts of audiences worldwide on the viewing platform of their choice.”

The starring roles of the 2 young lovers are yet to be cast. Sandra Staggs and David Millbern are set to play the parents.

Here TV (http://www.heretv.com) launched in 2004, making it the world’s first SVOD LGBTQ+ video service, and is available on all major US cable operators including Xfinity, Spectrum, Cablevision, FiOS, U-Verse, Cox, as well http://www.here.tv where it can be viewed on all iOS and Android mobile devices. Here TV reaches millions of viewers each month and has produced Academy award-winning films in addition to receiving four Daytime Emmy Award nominations.