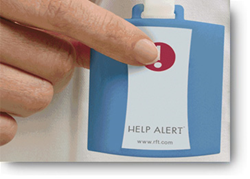 HIMSS is a global, cause-based, not-for-profit organization focused on better health through information technology (IT). HIMSS leads efforts to optimize health engagements and care outcomes using information technology. The 2014 Annual HIMSS Conference & Exhibition, February 23-27 in Orlando, brought together 37,000+ healthcare IT professionals, clinicians, executives and vendors from around the world.

“We presented over 50 demonstrations of the Desktop Alert healthcare notification platform to key decision makers during the exposition. We were very pleased with HIMSS 2014 and look forward to the 2015 show in Chicago,” said John Monville, President Desktop Alert Inc.

Pop Ups with Text To Speech For PC's