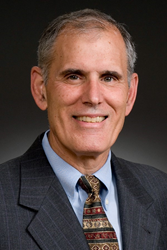 This book brings to the reader an understanding of how the impeachment process as a politically violent weapon was initiated and traces the growing use of it from a judicious check on the abuse of office into a powerful political weapon.

The book is a comprehensive work that traces the development of presidential impeachment from a check on the misuse of power to a political weapon. Attorney and historian Scott Barker brings to life Andrew Johnson, Richard Nixon and Bill Clinton and, in doing so, shows how their flaws led to their impeachment battles with Congress and shaped what was meant to be a check on abusive presidential power into a partisan political weapon.

The book is unique. It brings clarity to a national issue seen through the lens of the author who is both an historian who provides the color of history and the legal expert who provides the exactitude of written law. Adding to that, it is also the work of a former military intelligence officer who brought a strong, unwavering analysis to the work. His book will bring to the public forum a clear understanding of a political weapon and its origin as a Constitutional provision.

“This book should be on the bookshelves of every school library and in every social studies curriculum,” says Publisher Donagh Bracken. “It is a book of exceptional merit and should be required reading for every student in school today.”

Scott Barker is a 1970 graduate of the Air Force Academy, has a Master’s degree in Russian history from Oxford University, England, where he studied as a Rhodes Scholar. For five years, Barker served as an Air Force intelligence officer, including tours of duty in Southeast Asia and the Pentagon. In 1978, he resigned his commission to attend Harvard Law School, from which he graduated with honors in 1981.He has practiced as a civil trial lawyer in Denver for the past 37 years, and is a Fellow of the American College of Trial Lawyers.

History Publishing Company Global will publish "Impeachment-A Political Sword" on November 9, 2018.It will be available in print to the trade nationally and as an electronic book worldwide.