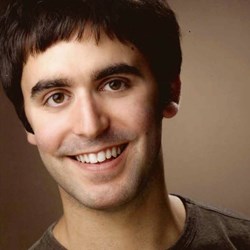 Winning Writers is pleased to announce that Josh Lefkowitz of Brooklyn, NY has won its 12th annual Wergle Flomp Humor Poetry Contest. His entry, "Saturday Salutation", bested 3,280 other entries to receive the $1,000 prize.

The contest's final judge, Jendi Reiter, explains how Mr. Lefkowitz rose to the top. "'Saturday Salutation' pokes fun at the romantic conquests and near-misses of a Brooklyn hipster dude-bro. As the narrator gets carried away with his tribute to the girls he left behind, it's evident that he was only the center of the action in his own mind. This poem derives its humor from a well-realized persona, cleverly absurd metaphors, and the ironic contrast between the speaker's ego and his reality."

The Wergle Flomp Humor Poetry Contest is sponsored by Winning Writers. Submissions for the 2014 contest are accepted now through April 1, 2014. Entries are accepted online, and there is no fee to enter. For more information, please see http://www.winningwriters.com/wergle .

Winning Writers finds and creates quality resources for poets and writers. Our free email newsletter provides over 45,000 subscribers with profiles of the best free literary contests. We sponsor four annual contests of our own: the Wergle Flomp Humor Poetry Contest, the Sports Fiction & Essay Contest, the Tom Howard/John H. Reid Fiction & Essay Contest and the Tom Howard/Margaret Reid Poetry Contest. We are proud to have been selected as one of the "101 Best Websites for Writers" by Writer's Digest for nine years running (2005-2013).

Winning Writers was founded in 2001 by Jendi Reiter and Adam Cohen. Learn more at http://www.winningwriters.com/ .