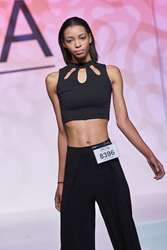 This whole week will change your life

IMTA celebrated thirty years in New York with an amazing modeling and talent industry showcase. Fashion and commercial agents from around the world were at IMTA to network, scout, interview and most importantly to discover new faces. Talent agents, managers and casting directors were also in attendance to find actors, singers, songwriters and dancers to represent.

The week had so many highlights. Soul Artist Management hosted the Director's Invitational on location at their beautiful agency. At the Contestant Orientation, several IMTA Alumni returned to inspire the current Contestants. One of IMTA's former Contestants, top male model Dillon Westbrock (IMD International), spoke saying, "I did IMTA LA 2015 and it has changed my life immensely. I’ve done Calvin Klein campaigns. I’ve worked for Versace as well. You guys need to be excited. This whole week will change your life truly, absolutely."

Callbacks were a major success for the models, actors, singers, songwriters, and dancers who met with the agents, managers, casting directors and industry VIP’s who were interested in representing them. Many new careers were started and we are excited to see what the newly discovered stars accomplish in the future. The Most Sought After Female Model received an astonishing 92 callbacks!

Designer Kerry Yu kicked off IMTA's Awards Night by recognizing IMTA CEO and President Nancy Mancuso saying, "Thirty years ago, she started to work for IMTA. She dedicated her life for IMTA. There are no words for me to describe how much I appreciate her and how much I admire her. Her dedication, her passion, her energy, and her talent is something I will remember forever."