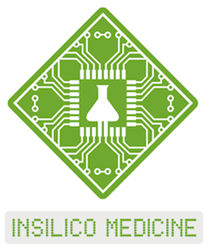 I am very excited by the team at Insilico Medicine and even more excited by the research and its prospects to make a real difference for human health.

Today Insilico Medicine, Inc. is announcing Michael Levitt, Nobel Prize Winner in Chemistry, as an addition to its Scientific Advisory Board.

Along with Arieh Warshel and Martin Karplus, Michael Levitt received the 2013 Nobel Prize in Chemistry “for the development of multiscale models for complex chemical systems”, representing their advancement of chemistry through computer simulation. Dr. Levitt currently serves as a professor of structural biology at Stanford University and is known for his work in computational biology. His background lies largely in computational modeling to understand protein folding processes and molecular interactions, directly applicable to aspects of aging research that Insilico Medicine addresses.

“Aging research is critically important not only to those of us who are getting old, but also because aging involves study of all aspects of cellular and molecular biology. I am very excited by the team at Insilico Medicine and even more excited by the research and its prospects to make a real difference for human health. Thus, I am thrilled to be coming aboard,” said Michael Levitt, Robert W. and Vivian K. Cahill Professor in Cancer Research, Stanford University School of Medicine.

Dr. Michael Levitt is joining an already highly respected board of scientists and physicians with expertise in oncology, genomics and bioinformatics. The support from these individuals aids Insilico Medicine’s novel approach to drug discovery and personalized medicine.

The concept utilized by Insilico Medicine involves identifying the difference between several signaling states on a tissue-specific level be it health and disease or young and old and evaluating a large number of drugs and drug combinations that can modulate the difference using advanced parametric and machine-learned algorithms. "To create more value from our predictions we will need to identify compounds that are even more effective than top-scoring drugs and that would require multi-scale modeling of macromolecules, the field pioneered by Dr. Michael Levitt ", said Alex Zhavoronkov, PhD, CEO of Insilico Medicine, Inc.

With the addition of Michael Levitt, Insilico Medicine continues to be represented from top institutions, which include Stanford University, Johns Hopkins University, and New York University, along with the former head of the Department of Energy Human Genome Project, Charles Cantor.

"The field of drug discovery for aging and age-related diseases is rapidly growing and evolving with more credible people and companies joining the effort. I've known Michael for many years, and he pioneered the use of computational approaches in chemistry and biology. I am very happy to see Michael joining the SAB of Insilico Medicine, which is introducing sophisticated data analysis into aging research", said Charles Cantor, SAB member of Insilico Medicine.

On the same day Michael Levitt joined, Insilico Medicine announced the acceptance of a research publication titled “Pathway activation profiling reveals new insights into Age-related Macular Degeneration and provides avenues for therapeutic interventions” by one of the top rated journals in aging research, “Aging”. The research was coordinated by Vision Genomics, Inc and co-authored by three scientists from Insilico Medicine.