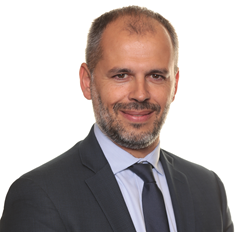 International Trademark Association (INTA) President David Lossignol called on the global trademark community to attack the worldwide proliferation of counterfeit products in a big way, by sending the message that counterfeiting is “socially unacceptable.” He also specifically challenged Association members to proactively educate young consumers about the dangers of fake goods.

Mr. Lossignol, Head of Trademarks, Domain Names and Copyrights at Novartis Pharma AG in Switzerland, urged this large-scale initiative in his remarks yesterday at the Opening Ceremony of INTA’s 2019 Annual Meeting, which is taking place in Boston, Massachusetts through May 22. The gathering of brand owners and intellectual property (IP) professionals has drawn a record 11,300+ registrants from more than 150 countries.

After describing how INTA is working to address the production and supply of counterfeit products, Mr. Lossignol said more needs to done to address consumer demand for fake goods.

“This is an impossible undertaking if we only address the supply. It is critical but we must also fight this battle on the demand side,” he said. “This requires us to rethink and reinvent our approach to counterfeiting. We need to change perceptions and attitudes toward IP and counterfeit goods.”

“We have an opportunity here to make counterfeiting socially unacceptable on a global scale,” Mr. Lossignol declared.

In a major call to action, Mr. Lossignol announced the Unreal Challenge, a new initiative to support the efforts of INTA’s Unreal Campaign, which educates teens on the importance of trademarks and brands and the dangers of counterfeit goods. The consumer-awareness campaign is a committee-run initiative in which INTA members make educational presentations to students in schools around the world.

“Today, I am calling on all of you to rise to a challenge: The Unreal Challenge. Become a volunteer and give a student presentation,” he said.

To reach an even wider audience, he said that INTA has extended the age group for the Unreal Campaign from 14 to18 year olds to include those up to 23 years of age, “This creates even more opportunities for us to engage with students as we can also go into colleges and universities,” he noted.

The expanded reach is a direct outcome of the findings of INTA’s Gen Z Insights: Brands and Counterfeit Products study, which was released last week. The comprehensive, multi-country research study takes a deep dive into the behavior of Gen Z—the largest group of consumers worldwide by 2020—when it comes to their relationship with brands and attitudes toward counterfeit products.

Among the major findings, 79 percent of the 18 to 23 year olds surveyed bought counterfeit goods in the year prior to the study, and 57 percent said they can only afford the fake version of some brands—with income beating our morals by 10 percent when it comes to forming opinions about counterfeits.

International trade in counterfeit and pirated goods, including digital piracy, is expected to skyrocket to as high as $2.81 trillion by 2020, according to study published in 2017 by INTA and the International Chamber of Commerce-BASCAP.

About the International Trademark Association (INTA)
The International Trademark Association (INTA) is a global association of brand owners and professionals dedicated to supporting trademarks and related intellectual property (IP) to foster consumer trust, economic growth, and innovation. Members include more than 7,200 trademark owners, professionals, and academics from 187 countries, who benefit from the Association’s global trademark resources, policy development, education and training, and international network. Founded in 1878, INTA is headquartered in New York City, with offices in Brussels, Santiago, Shanghai, Singapore, and Washington, D.C., and representatives in Geneva and New Delhi. For more information, please visit http://www.inta.org.