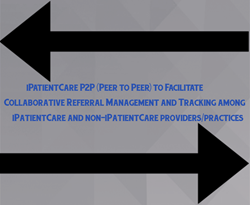 iPatientCare EHR is known as a pioneer in implementing interoperability functionalities using industry standards. The opinions within the US healthcare IT have been quite expressive about focusing on interoperability among the EHR and between EHR and HIE, given the fact that certified EHR provisions are going to be a part of the game, confirmed by the announcement of CMS of the final rules with comment period for the Medicare and Medicaid Electronic Health Records (EHRs) Incentive Programs this week.

Kedar Mehta, Chief Technology Officer, iPatientCare said while announcing the launch of this product, “HIMSS 2015 at Chicago recognized iPatientCare for its pioneering effort in establishing interoperability between a Certified EHR and a third-party Certified HIE (Health Information Exchange). iPatientCare EHR was announced as the first ConCert by HIMSS™ certified ambulatory EHR under the interoperability testing and certification program which was launched earlier this year, and still is the only EHR that supports this level of interoperability. With the launch of iPatientCare P2P, we will facilitate referral management and tracking by including even non-iPatientCare providers.”

iPatientCare P2P is designed for providing interoperability for peer-to-peer communications among not only iPatientCare users, but including any provider/practice that the provider and practice interacts with for transition of care even though they may not be using iPatientCare.

“The industry challenge my team and I were trying to respond to was providing electronic records across the continuum of care. Most providers/practices needed to deal with fax for referrals and patient charts while serving patients within the transition of care. With iPatientCare P2P, both iPatientCare and non-iPatientCare users would be able to collaborate electronically for scheduling appointments, patient charts, referral management, and referral tracking”, said Arnaz Bharucha, Senior Technology Officer, iPatientCare.

iPatientCare EHR 2014 (2.0) has received 2014 Edition Ambulatory Complete EHR certification by ICSA Labs, an Office of the National Coordinator-Authorized Certification Body (ONC-ACB), in accordance with the applicable eligible professional certification criteria adopted by the Secretary of Health and Human Services (HHS).