James Ricaurte, renowned ex-NYPD Detective and anti-counterfeit expert from Allegiance Protection Group will be a guest on The Dr. Oz Show. 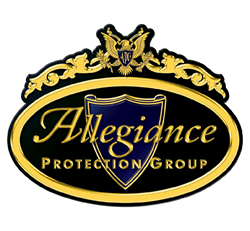 “It is a privilege to have the opportunity to join Dr. Oz and discuss the alarming increase in fake makeup and beauty supplies that are infiltrating the U.S. marketplace

James Ricaurte, renowned ex-NYPD Detective and anti-counterfeit expert from Allegiance Protection Group will be a guest on The Dr. Oz Show airing in October.

“It is a privilege to have the opportunity to join Dr. Oz and discuss the alarming increase in fake makeup and beauty supplies that are infiltrating the U.S. marketplace,” says James Ricaurte, founder and President of Allegiance Protection Group in New York City, “the flood of fake products is a health crisis for consumers and an economic crisis for the beauty industry. Unfortunately, the flood of illegal, counterfeit cosmetics products coming into this country from abroad has escalated, and we need to bring awareness of these health risks involved with the use of counterfeit make-up to the consumers.”

Dr. Oz will be sharing the tragic health effects of these products, many produced overseas in contaminated, woefully unsanitary conditions without any effective supervision or oversight.

According to MarketResearch.com, the U.S. has the largest cosmetics market in the world, with revenue expected to exceed $62 billion in 2016. The U.S. make-up market is expected to maintain positive growth through 2018, with an anticipated compound annual growth rate of 3.8% for the five-year period of 2013-2018, reaching $8.4 billion.

However, the dramatic growth of the cosmetics market has also revealed an expanding global network of fake and counterfeit products reaching consumers in the U.S.

Global seizures of counterfeit perfume and cosmetics jumped 25 percent from 2011 to 2013, according to a recent report by the Organization for Economic Cooperation and Development. The New York City Homeland Security Investigation's Deputy Special Agent in Charge reported “In 2015 alone, HSI had about 2,000 seizures of counterfeit cosmetics and beauty products,” costing the industry $75 million. While the health and safety of customers is the primary concern of large multi-national companies, the costs of preventive measures are rising.

The market for cosmetic and pharmaceutical anti-counterfeit packaging totaled $35.7 billion in 2014, according to a study by Allied Market Research, but often a more aggressive and multidisciplinary approach is necessary, which is precisely why anti-counterfeit specialists like James Ricaurte and his team at Allegiance Protection Group are in particular demand right now.

Allegiance Protection Group’s anti-counterfeiting team are comprised of former law enforcement investigators, who have been recruited from specialized police units. Allegiance’s IPR investigators identify the importation and distribution network of counterfeit goods being housed, distributed and sold to the consumers, as well as, identify the counterfeiters and their facilitators.

Allegiance Protection Group is a licensed and bonded Private Investigation and Security firm based in New York City. The firm’s owner James Ricaurte represents decades of experience having served in local and federal law enforcement arenas and in private security.