Jay Varney, the Police Chief of the City of Chowchilla, has announced that he has earned the endorsement of the California Police Chiefs Association. The endorsement is one of many that Varney has received from law enforcement organizations and community leaders. 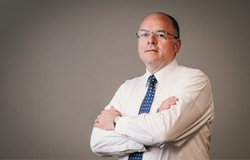 Jay Varney, the Police Chief of the City of Chowchilla, has announced that the California Police Chiefs Association has officially endorsed his campaign for Madera County Sheriff. The endorsement comes amid a slew of other endorsements from a variety of other law enforcement organizations and community leaders. Varney, who won the primary election in June, has over 30 years of experience in law enforcement and has a strong academic background.

Those who have endorsed Varney often note the candidate’s experience, particularly as it relates to leadership positions in law enforcement. During his long and varied career, Varney has held leadership positions over the course of 19 years, including his service as the Police Chief of the City of Chowchilla, a position he has held since 2004. Varney’s supporters reference his results-oriented approach and his ability to foster cooperation in order to generate results.

Varney has served in a number of positions in the law enforcement field, including sergeant, lieutenant and police chief in departments in Dallas, Texas, Lansing, Michigan and in his current role in Chowchilla. Varney’s experience is backed by a great deal of education, as the Madera County Sheriff candidate has a Bachelor’s degree from Michigan State University and a Master’s degree in Criminology from Fresno State University.

The Police Chief of the City of Chowchilla has also pursued a number of continuing education opportunities throughout his career, having earned a graduate certificate in Criminal Justice Education from the University of Virginia as a part of the FBI National Academy in Quantico, Virginia. Varney has also earned an Executive Certificate on Peace Officer Standards and Training, also known as POST.

The endorsement from the California Police Chiefs Association is another in a long line of impressive endorsements that Varney has garnered. These other endorsements include the Mayor of Madera, Robert Poythress, and the Mayor of Chowchilla, Richard Walker, in addition to many other law enforcement organizations.