In an interview with Huffington Post, Hay discusses his own personal experience with damage control and reputation management 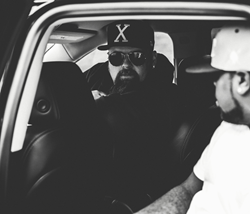 The Huffington Post reports layers of lies published by two individuals in a personal vendetta against Mr. Hay attacked not only his companies, but his family as well.

Jonathan Hay, known for his work with top celebrities, including Whitney Houston, Wiz Khalifa, and Rihanna, plus an upcoming show on BET TV called “One Shot”, shares how after a lifelong search for his biological family, he was finally able to connect with them a year and a half ago. However, when his newfound family searched online to learn more about Hay, they discovered only pages full of slander. “It was humiliating,” reports Hay, “I spent my entire life building credibility in the industry.”

The attackers also targeted Hay’s fiancé and business partner, Sabrina Hale, whom he credits as being “the secret behind his success”, going to such extreme measures that searching for either of them revealed “more lies than truths”. At one point, Hay reports that someone “invade[d] our families’ homes with the most horrendous accusations you could imagine involving minors, causing irreversible damage and immeasurable pain that impacted many lives.”

According to the Huffington Post, these attacks go “far beyond harassment or cyberbullying” and cover numerous websites, resulting in immeasurable costs to undo the extensive damage. Where once an Internet search would depict Hay’s successful publicity work, suddenly false negative reviews under multiple fake names pretending to be former clients filled two pages. This defamation, some of it “extremely personal”, covered “reviews, complaints, stories, anonymous forum postings, and articles on their own sites that appeared to be written from journalists to target us,” says Hay, making it appear to be “legitimate complaints against our company and against us personally, so our businesses started to suffer in a major way.”

Eventually, IP addresses and emails revealed the identities of the perpetrators as a rival publicist/social media specialist and a discontented blogger. Hay describes them as “simply sitting behind their computers manufacturing content in an effort to bring down my entire life.” Hay worked with top reputation expert Hersh Davis-Nitzberg, who has been seen in Forbes. Hay says that his companies invested a lot of money and resources to bring down these “online predators”, and their crimes have been reported to the US Attorney’s office, as local authorities do not yet appear to have a system in place for these acts.

Due to laws protecting freedom of speech, it is not easy to have the material removed, and usually requires a court order and lawyers from different jurisdictions, incurring expensive legal bills, to prove to a judge the claims are false. As the attackers chose specific websites and utilized search-engine optimization (SEO) to get their false evidence among the top results, undoing such destruction has been difficult. By the time the slander is removed, reputations of both the companies and of Hay and his fiancé could be destroyed. Nevertheless, Hay has worked tirelessly to repair the damage, and to date over 100 websites have been taken down and current Internet searches lead to Jonathan Hay’s website and related articles.

This traumatic experience has had some positive effects as well. Huffington Post states that Hay “has been noticed for turning his image around” and Rolling Stone Magazine called him a “crisis-management expert”. Although it has been the “biggest crisis” his company has experienced, Hay reports, “our visibility has significantly increased as we’ve landed the highest media placements that we’ve ever had. People in high places have reached out to us with similar stories of their own, and great opportunities have presented themselves.”