Justin Timberlake Tickets For His 2014 20/20 Experience World Tour on Sale Now at Doremitickets.com

Tickets for the Justin Timberlake Tour 2014 for Chicago, IL, New York, NY, Buffalo, NY, Boston, MA and Miami, FL on Sale Today at Doremitikets.com Save up to $100 with Coupon "save" at Checkout. 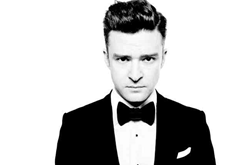 Tickets for the Justin Timberlake the 20/20 Experience World Tour are still available for purchase. In an effort to promote his newest hit album, the ever-popular Justin Timberlake embarked on an epic world tour that has taken him from coast to coast and will stretch into the New Year. With seats still remaining for concert dates in 2013 at venues throughout the country there is still plenty of time to buy Justin Timberlake tickets before the year ends. For the ultimate holiday present, purchase Timberlake tickets for a performance in 2014 at various cities including Denver, Seattle, Chicago and Washington, D.C.

Justin Timberlake rose to musical prominence as a teen heartthrob member of the popular boy band N Sync. After pursuing a solo career in 2002, Timberlake has found worldwide success as a singer, actor and businessman. From 2002 to 2006, Timberlake released two solo albums that both exceeded sales of 7 million copies worldwide. After taking a hiatus to pursue his acting career, Timberlake returned to the stage in 2013 with the release of two albums: The 20/20 Experience and The 20/20 Experience: 2 of 2. Both albums have gone on to become wildly successful and propelled Timberlake back to the forefront of the best and most popular singers in the US. In total, Timberlake’s experience in front of a microphone and behind a camera has earned him six Grammy Awards and four Emmy Awards. With Timberlake’s full function now once again devoted to his musical career fans are expecting to continue to see record sales and hit songs. In addition to his work on movies and songs, Timberlake owns several successful restaurants, the record label Tennman Records and has his own fashion line. With Justin Timberlake tickets still available for performances in both 2013 and 2014 there is no better opportunity to see one of the most popular and successful artists of the 21st century live in action.

Next on the program will be a Canadian tour with a kickoff at the Air Canada Centre, in Toronto, ONT on Feb 28, 2014. The group will then perform at the Rexall Place, in Edmonton, ALB . The Canada tour will be punctuated with a night at the Pacific Coliseum in Vancouver, BC.

Doremitickets.com: Your #1 Justin Timberlake Tour 2014 and tour information. Doremitickets.com is a retail website founded in 2009. Since launching in 2009, our website has helped connect thousands of live entertainment fans to the vast network of ticket brokers that list tickets on the doremitickets® Online Exchange. These professional ticket brokers offer more than 7.5 million event tickets on our exchange every day.