The Price of Freedom for Independence from a Troubled Marriage

Kathryn Michaels, author of the recently released book Sweet On Me, unveils how independence and freedom from troubled marriages comes at a high price. 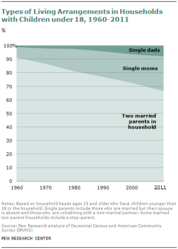 We must be willing to pay a price for freedom. - H. L. Mencken

After the Fourth of July BBQs are over and after the fireworks are gone, many Americans are thankful for the independence they have today but this may not extend to everyone. Many are still trapped in a troubled marriage and trying to reestablish their independence even though the price of freedom doesn't come cheap.

So what’s their price of freedom?

Kathryn Michaels is the author of Bedroom Secrets, a reality-inspired series about millennium moms, released by Islandreamz Publishing and available on paperback and kindle at http://www.amazon.com/Kathryn-Michaels/e/B00AQKP6Y4. Her novel, Sweet On Me explores the price of freedom a single working mom has to pay when she decides to leave her abusive spouse. For more information about her books or Kathryn Michaels, please log on to http://www.writemekathryn.com/. Members of the media who wish to review her books may request a complimentary copy by contacting the publisher, Islandreamz Publishing at +1 (416) 275-5195.