Katy Perry has officially announced her North American tour and will make over 40 stops in cities across North America before ending her tour on October 10th in Houston, Texas. Fans looking to purchase Katy Perry tickets can secure their tickets today at SuperStarTickets.com 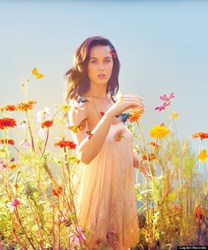 It has been two months since Katy Perry announced the first stretch of her 2014 ‘Prismatic World Tour’ for fans in the UK. The highly anticipated tour centralized on Katy Perry’s most recent album release, Prism, has now officially been scheduled to hit North America starting June 22nd, where it will launch in Raleigh North Carolina at the PNC Arena.

You can buy Katy Perry tour tickets right now for North American tour dates on SuperStarTickets.com and save 7% off your purchase using promotional code PRISMATIC2014 for a limited-time only.