Allentown Nursing Home Treated for Bed Bugs, My Cleaning Products Suggests a Spray to Help Others Kill Bed Bugs Without Spending Too Big 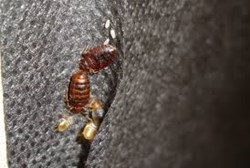 ...Bed Bug Bully is the best to get given that it is both effective and safe. It elaborated that apart from adult bed bugs, it could also kill their eggs and nymphs. And because, it is organic-based, it cited that it is safe for health and the environment.

Bed bugs were recently discovered in a nursing home in Allentown, Pennsylvania. However, a report from mcall.com published on January 17, 2014 said that the critters had already been cleared. Meanwhile, wanting to help the public also get rid of the pest successfully but without spending too big, My Cleaning Products introduced a spray that could kill bed bugs fast and safe.

Based on the report, the pesky critters were particularly found on January 12 at a nursing home located at 535 N. 17th Street. Nonetheless, it added that only a number of its 146 rooms were affected and prompt actions were taken to resolve it.

The report related that following the detection of the pesky insects, the nursing home specifically trashed the mattresses found to contain the critters. Moreover, it shared that a bed bug exterminator was immediately called in.

The whole treatment, the post additionally shared, was expected to be completed last Friday.

Here is a part of the post Treatment for Bed Bugs Implemented in an Allentown Nursing Home by My Cleaning Products.

“An infestation of bed bugs was discovered in an Allentown Nursing Home in Pennsylvania. However, the presence of those critters was already cleared, stated a report.

The facility scourged by the vampire-like insects was pointed to be the Liberty Nursing and Rehabilitation Home at 535 N. 17th St in Allentown. It is registered with 146 beds and has passed its last inspection on October 03, 2013, based on the record of the state Department of Health.”

Bed bugs are so prevalent these days that anyone could bring them home without knowing it, said My Cleaning Products. However, even if that happens, it stated that one could still prevent the worst effects of its presence.

The way to do that, it cited, is to detect and eliminate bed bugs promptly as the nursing facility did. However, it pointed out that the method it implemented, the hiring of a bed bug exterminator, could be expensive. And so, to help others get the treatment done without spending too much, it recommended the DIY bed bug treatment with Bed Bug Bully instead.

By personally doing the elimination, MCP said that one doesn't have to pay anyone. However, out of all the bed bug sprays for the process, it only vouched the use of Bed Bug Bully.

The company said that Bed Bug Bully is the best to get given that it is both effective and safe. It elaborated that apart from adult bed bugs, it could also kill their eggs and nymphs. And because, it is organic-based, it cited that it is safe for health and the environment as well.

Besides that, MCP said that the absence of harsh chemicals in its content also makes Bed Bug Bully pesticide-exempt agreeable to EPA. It detailed that it was already recognized by it and was even added on its FIFRA 25(b).

For anyone to see how well it works, MCP invites everyone to go to its website at mycleaningproducts.com for a Bed Bug Bully Complimentary Sample.