Mold closed down a daycare center in Huntsville, Alabama, shared a report. My Cleaning Products recommended the use of Molderizer to help the public kill mold promptly and avoid the same incident. 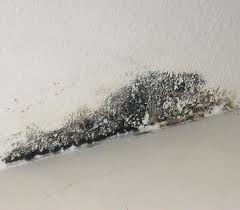 ...Molderizer is made with organic ingredients. That, it cited, makes it the best mold remover as it makes the process not just effective but also safe.

The Child Development Center of Huntsville in Alabama was temporarily shut down. According to a report from waff.com, it was because of mold. In response to it, My Cleaning Products recommended the use of Molderizer for a fast and safe way to kill mold and to avoid the same incident.

It was last fall when the center was tested for mold, said the report posted on May 13, 2014. And as it detailed, there were three types of the spores found in the building.

In addition to the fungus, a structural problem that could cause the same mold issue was also discovered in the facility, relayed the report. Because of that, it shared that it could take nine months to get rid of mold and fix the problem in the building before the daycare could reopen.

Below is an excerpt from the post Mold Found in Alabama Daycare by My Cleaning Products.

“A daycare center in Alabama has stopped operating, at least for now. The reason is the mold in the building. It was closed down earlier this week to give way to the mold removal process.”

Some mold types are toxic and others are not. However, all of them are a threat to health, said My Cleaning Products. The reason, it cited, is that even the non-toxic types could trigger allergies and asthma attack.

Because of the health risks the fungus presents, MCP asserted it is essential to stay alert of mold signs. That way, it stated, mold could be removed early and its worse effects on health and even on structure and finances could be avoided.

Nevertheless, the company stated that one would need the help of a mold remover to get the elimination done promptly. And out of all the mold removal sprays, Molderizer is the best help anyone could get, it asserted.

MCP pointed out that Molderizer is made with organic ingredients. That, it cited, makes it the best mold remover as it makes the process not just effective but also safe. Moreover, it said that if used with Safe Shield, also an organic mold prevention spray, it offers a complete remediation process.

To try the product, MCP invites everyone to visit its website at mycleaningproducts.com for a Molderizer Complimentary Sample.