Los Angeles' Youngest Congregation May Be Only One in World

In the heart of Los Angeles there is a junior synagogue congregation that is managed and run entirely by kids. 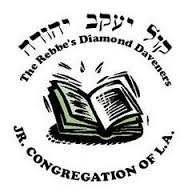 Namely, because as the junior president puts it “all of our members are unemployed.”

As Jews around the world prepare for the day of atonement known as Yom Kippur, one synagogue in the La Brea area is attracting attention for its very unique composition.

Kol Yakov Yehuda, Junior Congregation of Los Angeles is a synagogue run by children for children. The synagogue is a real facility that has a traditional orthodox minyan every Shabbat as well as various activities throughout the year. The Shabbat services are complete with a Junior Rabbi on a rotating basis and a Junior Cantor also on a rotating basis.

One area that the congregation struggles with is when it comes to getting dues from members. Namely, because as the junior president puts it “all of our members are unemployed.” It is in this regard that they do gladly accept help from adults. The emphasis of their fundraising effort is a campaign to sell the prestigious honor of being called to the Torah on the holiest day of Yom Kippur for what is known as Maftir Yonah. It has long been held that the honor of being called to the Torah for Maftir Yonah, carried with it the weight of many great blessings for health, wealth and prosperity. They therefore launched a group fundraising to get as many people as possible to donate to the cause and thereby cover the funds of the congregation for a good few months. And of course give the maximum amount of people the opportunity to buy into the great blessings that the Maftir Yona offers.

As the founders of the congregation put it, there can be no greater testament to the continuity of the Jewish people than the fact that in the middle of Los Angeles a congregation run entirely by children for children thrives. As the day of atonement brings along with it the opportunity to think about the state of the Jewish nation, from the state of Kol Yakov Yehuda, Junior Congregation of Los Angeles, it seems to be very good.