Miami, Florida-based retirement planner and financial advisor Michael Ladin breaks down six changes in Social Security rules that will take effect in 2017 in a newly published blog titled, “6 Social Security Changes that are Coming in 2017.” 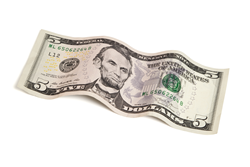 Social Security rules are complex and abundant, and for most people they’re challenging to keep up with.

Social Security beneficiaries will see a slight increase of 0.3 percent—about $5 monthly—in their Social Security payments in 2017. A new blog from Miami, Florida retirement planner Michael Ladin titled, “6 Social Security Changes that are coming in 2017,” breaks down the most notable changes that will affect Baby Boomers and retirees.

Ladin focuses on six changes that he says will most affect beneficiaries, particularly the cap increase on the amount of workers’ earnings that will be subject to Social Security taxes in 2017.

According to Ladin, as a result of the cap increase, high-income workers can expect to pay a few hundred dollars more in Social Security taxes next year. The assumption is that with Social Security facing significant shortfalls that will impede its ability to pay out future benefits without significant changes, next year’s cap increase is meant to help the system’s coffers last longer.

“Increasing the Social Security cap probably helps, but it does not solve the looming shortfall analysts predict,” Ladin says.

According to calculations by the Committee for a Responsible Federal Budget, the tax cap would actually need to be eliminated entirely in order to close a significant percentage of the Social Security gap. Even such a drastic measure would not come close to a complete fix, according to the committee’s latest report, which states that a combination of measures, such as higher Social Security taxes, lower benefits—perhaps only for the affluent—and indexing retirement age to life expectancy.


payment and an individual payment at different times (double claiming) in 2017.


“Social Security rules are complex and abundant, and for most people they’re challenging to keep up with, Ladin says. “I wrote the blog to raise awareness about the most noteworthy changes, but there are more changes that are going into effect next year as well.

“People who are confused about how to start planning a Social Security strategy for 2017 might want to take the opportunity to speak with a retirement specialist," Ladin says. "Someone who can break down the details and help you get started on a plan of action that can help you glean the most benefits from an increasingly rigid system that basically tells you how you can earn, file for and receive Social Security payments."

The host of Retirement Radio’s “Strategies for Financial Success” on NewsTalk 610 WIOD,
Saturdays at 7 a.m., Sundays at 1 p.m., Ladin co-authored the best-selling book, “The Ultimate Success Guide,” with Brian Tracy. He has been quoted in major publications, such as the Wall Street Journal and USA Today. Since beginning his career in the financial services and insurance business more than 20 years ago, Ladin has built a reputation as a respected public speaker and consultant.