Lady Gaga ARTPOP Ball World Tour 2014 concert tickets on sale now at Doremitickets.com. Save up to $100 with coupon code "save" at checkout. 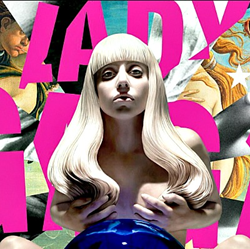 Famed American pop singer Lady GaGa has announced the dates for what promises to be one of the biggest tours of her career. Nicknamed the ARTPOP Ball World Tour, Lady GaGa is scheduled to hit the road in North America starting May 4, 2014 at the BB&T Center in Ft. Lauderdale, FL. Thus far, Lady GaGa has released plans for 25 concerts in Canada and the United States; however, she is expected to release more dates in the coming days. From May to the end of July, Lady GaGa will crisscross the US and Canada in an effort to promote her newest album, ARTPOP, and her new hit single “Do What U Want.”

In addition to her performance on May 4th in Florida, Lady GaGa also has concerts scheduled in the following cities: Pittsburgh, PA; Atlanta, GA; Uncasville, CT; New York City, NY; Washington, DC; Winnipeg, MB; Calgary, AB; Vancouver, BC; San Diego, CA; Boston, MA; Las Vegas, NV and many more locations before ending the tour July 21, 2014 with a grand concert at the Staples Center in Los Angeles, CA. Known for her eclectic personality, Lady GaGa first rose to prominence in 2008 with her debut album, The Fame.

Since the release of this album, Lady GaGa has gone on to have an illustrious musical career that has resulted in numerous hit singles, multiple Grammys and has been recognized by Forbes Magazine as one of the world’s most powerful women. Just as Lady GaGa took the musical world by storm in 2008, expect her to take the stage at one of her 2014 concerts with the passion and charisma of a woman wanting to deliver the performance of a lifetime. Given that the holidays are fast approaching, Lady GaGa tickets are expected to sell quickly. Don’t miss out on the opportunity to see one of the most influential and successful female artists of the 21st century live in concert and purchase tickets to Lady GaGa’s ARTPOP Ball World Tour today.