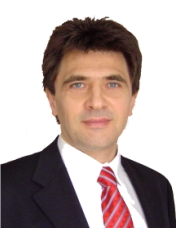 There are several types of Lajtner Machines, four types of which will be found in Box #1. What they have in common is that their thought-induced motion is visible to the naked eye. Box #1 contains no black box. This open design is necessary to convince people that they are able to move objects with their thoughts. It makes it easy to understand how the force of thoughts works. Furthermore, the Lajtner Machine helps people recognize the power of their own thoughts. This knowledge is vital for everyone who wants to use the force of thought consciously.

Box #1 also contains software which – in addition to motion – is capable of recognizing mental intentions (yes-no signals) from users who operate the Lajtner Machine. Using the Lajtner Machine, it is possible to run a computer with thought – without any headset!

Dr. Lajtner stated, “The physics of the Lajtner Machine allows us to understand how thought force works, and this broadens our current understanding of what time, space, and matter actually are. I am convinced that, within the Universe, if there exist intelligent races with technology more developed than ours, this ‘broader’ understanding of physics is fundamental for them. Our inner, unconscious selves uses it. Indeed, it is no problem to run the real objects with thought. Hence, there obviously exists a deeper connection between us and the World than we know of today. There is an ancient language which arises from a common source. It is within everyone and is in harmony with the Universe. Everything and everyone can understand it and use it. The Lajtner Machine uncovers this ancient language. For Box #1, I have designed a set of Lajtner Machines that symbolize, in a funny way, how amazingly consistent the Universe is. There are a UFO, an extraterrestrial, a space slider, and a falling star. None of them can move without the user’s thoughts. Set them in motion, and you will discover your inner Universe, moving real objects with your thoughts."

The prototypes of these thought-run objects work well. The reason that they work is that the Lajtner Machine uses the language both the living and the inanimate recognize. This is the most ancient method of communication. In addition, the Lajtner Machine represents the first step in the future of Thought Technology.