A new study by PsychTests.com indicates that people who think it’s important to be liked by everyone tend to be compelled by a lack of self-love. 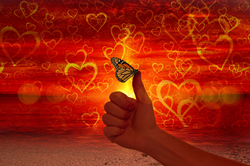 There is nothing wrong with wanting to be liked by others…unless it’s because you don’t like yourself.

In almost all cases, an intense need to be liked stems from a need to show more love to ourselves.

If Facebook, Twitter, and the like have taught us anything, it’s that humans are social creatures. Even for those who crave solitude, there may still be an innate and completely normal desire to feel connected, to feel a sense of belonging. What isn’t healthy, however, is when a person considers it of crucial importance to be liked by every person they meet. A recent study by PsychTests.com reveals that behind a need to be loved lies a poor sense of self-worth, an intense need for approval, and even a touch of narcissism.

Analyzing data from 14,000 who took their Self-Esteem Test, researchers compared two distinct groups: Those who want to be liked by everyone, and those who have a low need for approval. Here’s what their study revealed:

“People who want to be liked by everyone were outscored 76 to 40 on our self-esteem test. This attests to the fact that a desire to belong and to be liked does not always stem from healthy sources,” explains Dr. Jerabek, president of PsychTests. “Most of us will be a little put off if we found out someone didn’t like us - that’s totally understandable. However, if you go to great lengths to be liked, such as completely changing who you are, and get really upset, hurt, and angry if someone dislikes you, that’s when a need for approval becomes a problem. That’s when you need to stop, look within yourself, and ask, ‘Why am I feeling this way? Why do I want this person to like me so much? What is this situation and person trying to teach me?’ Chances are that these questions will lead to one answer: A lack of self-love. In almost all cases, an intense need to be liked stems from a need to show more love to ourselves. Yes, it feels good when someone loves you, accepts you for who you are, and makes you feel special. It may even fill that empty hole that you feel, to some degree. But there is nothing more powerful, more uplifting, more fulfilling, than a healthy degree of self-love.”

How’s your self-esteem? Check out https://testyourself.psychtests.com/testid/3102

For some people, a desire to be liked is a sign of a fragile and damaged self-esteem.Here is how people who need to be liked compared to people who don’t: