Tim Kennedy, MD, of outsourced sales and marketing firm LMS Thinking, travels to South Africa as a special guest at the Annual Sales Awards in Johannesburg. 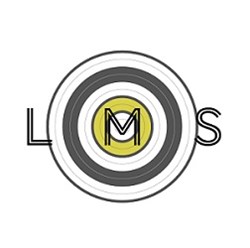 It was a great opportunity for me to return to South Africa and meet up with old friends in the sales and marketing industry, as well as build new relationships with up and coming entrepreneurs.

LMS Thinking's Tim Kennedy has recently embarked on a seven-day trip to South Africa to be a special guest at the Annual Sales Awards, as well as to network with a number of entrepreneurs and business owners within the outsourced sales and marketing industry.

Whilst in Johannesburg for the Annual Sales Awards, Tim Kennedy stayed at the famous renaissance-style Michelangelo Hotel in Nelson Mandela Square. The last few days of his trip was spent in Cape Town where he met entrepreneurs and business owners, and re-established his rapport with previous connections, before attending a friend’s wedding. Networking was Tim Kennedy’s main objective for the trip. He has travelled to South Africa twice previously and has a strong network of contacts throughout the country. “It was a great opportunity for me to return to South Africa and meet up with old friends in the sales and marketing industry, as well as build new relationships with up and coming entrepreneurs,” said Tim Kennedy, of LMS Thinking.

Tim Kennedy takes inspiration from many international businesses when it comes to developing his business, LMS Thinking, which is currently operating successfully in London, New York and Sydney. The growth of the outsourcing industry, as experienced in South Africa, is an area Tim is keen to learn more about.

Outsourcing in South Africa is becoming increasingly popular, and business process outsourcing (BPO) has been prioritized by the provincial governments in South Africa as one of the five key areas for contributing to the country’s growth (inactu.com). The outlook for South Africa’s economic future is looking bright according to the results from the most recent Gross Domestic Product report. Published by the Statistics South Africa, the GDP Growth Rate in South Africa expanded by 3 percent in the second quarter of 2013 over the previous quarter (tradingeconomics.com).

LMS Thinking the leading provider of outsourced, results-based services in the sales and direct marketing industry across the New South Wales region. With branches also in London and New York, LMS Thinking use direct marketing methods to generate quality leads and increase sales figures and customer retention rates for their clients. LMS Thinking aim to enter new national and international markets within the next year.