London Groove’s renowned Sex In The City New Years Eve Party at The Anthologist is back for it’s 6th year and set to make this it’s biggest party yet with great people, friendly staff and Resident DJs playing your favorite party anthems all night long. 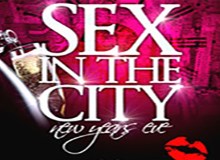 Sex in the City NYE at The Anthologist

London Groove's Sex in the City NYE Party at The Anthologist

The London Groove Soul Saturdays Sex In The City NYE party is back for another year of mayhem at London best kept secret: The Anthologist.

Don’t miss out on the opportunity to grab the last remaining early bird tickets for New Year’s Eve parties across the capital which are preparing to increase discount prices up to standard entry fee only in the next week or so. It would be wise to book your NYE party tickets nice early and perhaps use your saving to buy an extra drink or top up your Oyster card for NYE travel.

As far as London RnB clubs go, The Anthologist has been the home of Sex In The City on New Year’s Eve for the past 3years, with each year sold out and early bird tickets brought up way before Christmas.

London Groove fans know they can kick start 2014 in style rather than gamble on other NYE parties in London, plus with friendly staff, diligent security and resident DJs spinning everything from commercial R&B to funky house, 90’s old skool, deep house and more, your New Year’s Eve party 2013 will be the combination of Jay Z, Rihanna, Whitney Houston and more played across night clubs in London.

So grab your early bird tickets now priced at £20 rather than the increased price of £25 which will be soon.

This press release has been bought to you by London Groove Ltd, who are nightclub and party promoters doing Friday club nights at Yager Bar in the City of London plus their two Soul Saturday club nights at The Anthologist in the city and The Refinery in Southwark.

With London Groove, guests can book a guest list for one of their four London Groove club nights, plus indulge in table and special area bookings with no minimum spending required, allowing guests to be completely focused on the partying experience.

London Groove’s website goes beyond advertising their events and taking bookings; it’s the ideal destination to get your daily dose of fashion and celebrity gossip updates, keeping you updated with the world of showbiz, plus sharing the latest pictures from their vibrant parties across London’s nightlife scene which also links to their London Groove Fan page with a community of over 9,700 likes so far.

London Grooves R&B nights in London attract well over 900 parties every weekend, not forgetting their ever popular New Year's Eve parties which are always a sellout affair and already customers are snapping up their 2013 NYE parties in London tickets to party in their stylish venues.

Guests look forward to embarking on a musical journey packed with classics from the 80s, 90s, and 00s mixed with present contemporary anthems, so everything from Michael Jackson, TLC, 112, Destiny’s Child, Blackstreet to Lady GaGa, Disclosure, Swedish House Mafia, Rihanna and the all-important "Candy" by Cameo ensuring everybody line dances before the night is over.

"Also, teaming up with Rahul Khona of F5 Photography who is a professional Indian wedding photographer is a great partnership and something we’re looking forward to," commented Steve Prashad, Director and founder of London Groove.

Be sure to experience one of London Groove’s weekly parties in the capital and prepare to book their ever popular New Year's Eve party tickets early for their three New Year's Eve London parties spread across three of the city’s most luxurious venues.