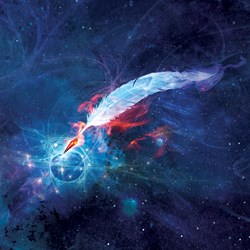 Loscon is one of the great conventions to attend as a writer because there are so many other writers here. We get to catch up with each other.

Science fiction/fantasy fans and authors discussed and explored many topics at this year's festivities at the 40th annual Los Angeles Science Fantasy Society convention (Loscon 40). Panels were held on how to write, where to write, who to write with, how to get and agent, how to deal with agents, and—one of the most popular—how to get discovered.

On getting discovered, the annual panel hosted by the L. Ron Hubbard Writers of the Future contest included contest judges: Gregory Benford, Larry Niven, Tim Powers and Todd McCaffrey. Several past winners of the contest also participated, including: 1991 Grand Prize winner James C. Glass, 2010 Grand Prize winner Laurie Tom, winners Brennan Harvey, Ryan Harvey and Chrome Oxide. All panelists encouraged aspiring writers to enter the contest as often as they can. As a result, 12 attending new writers made their resolution to start entering, while as many more indicated they had already entered the contest.

Writers of the Future contest judge and famous hard science fiction writer Gregory Benford stated about the convention, "Loscon is one of the great conventions to attend as a writer because there are so many other writers here. We get to catch up with each other. This is also a crowd that respects the writer and you don't get mobbed incessantly by fans."

The Contests were initiated by L. Ron Hubbard in 1983 shortly after returning to the field of science fiction with his bestseller Battlefield Earth. To date the contest has launched the careers of 12 New York Times bestselling authors.

For more information on the Writers of the Future contest and how to enter, go to http://www.writersofthefuture.com.