An article featured in the Journal of Mammalogy reports on a new species of the marsupial, Caenolestes sangay, which was discovered in the Sangay National Park. 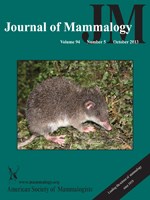 It was determined that, although closest to C. caniventer, there were considerable differences.

Journal of Mammalogy – Until recently, only 4 species of shrew-opossum were known to inhabit the northern Andes in South America. But on the eastern slopes of the Andes in Sangay National Park, a new species of the marsupial, Caenolestes sangay, was discovered.

The authors of the article “A new species of shrew-opossum (Paucituberculata: Caenolestidae) with a phylogeny of extant caenolestids,” from the Journal of Mammalogy, collected 5 specimens of the new species from Sangay National Park and around a recently constructed highway that has disrupted part of their habitat.

Morphological analysis, DNA testing, and 18 external variables were tested against the existing species of shrew-opposums. It was determined that, although closest to C. caniventer, there were considerable differences. Some of the major differences found during testing include that the new species has a medium size body, a narrow orbital opening, a large major hard palate in the mouth, and a gap between two of its teeth.

Additional genetic testing may help explain the relationships between C. sangay and other Caenolestidae species; however, the terrain of the Andes Mountains and the subsequent isolation of species make data difficult to obtain.

Full text of the article, “A new species of shrew-opossum (Paucituberculata: Caenolestide) with a phylogeny of extant caenolestids,” Journal of Mammalogy, Vol. 94, No. 5, 2013, is now available.

About the Journal of Mammalogy
The Journal of Mammalogy, the flagship publication of the American Society of Mammalogists, is produced six times per year. A highly respected scientific journal, it details the latest research in the science of mammalogy and was recently named one of the top 100 most influential journals of biology and medicine in the last century by the Special Libraries Association.