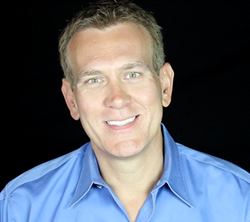 "Charging a user is like inviting a bunch of people to your exclusive party then at the last moment charging them a cover to get in. Not cool dude."

With the recent push for legalized marijuana in many states across the U.S., a plethora of cannabis-themed ancillary businesses have seen explosive growth in anticipation of a boom in the new industry. One such business is a Tinder-style dating app known as "HighThere!" which matches cannabis consumers based on their preferred method of consumption and what they like to do while smoking marijuana.

Todd Mitchem, co-founder of the company, recently discussed the app's rapid rise in popularity with Ganjapreneur, a website dedicated to cannabis business news and culture. According to Mitchem, the HighThere! app has gained more users in its first six months than Twitter. "We are starting to see the mainstream acceptance take hold," he said. "HighThere! is getting so many users so quickly, more than Twitter had in the first 6 months of their operation, in fact."

In the interview, Mitchem also discusses his career prior to getting involved in cannabis and described how the free app plans to eventually turn a profit. He says that he does not plan to emulate the monetization strategy of other similar apps, because "charging a user is like inviting a bunch of people to your exclusive party then at the last moment charging them a cover to get in. Not cool dude."

In order to find matches for a particular user, Mitchem says, the app asks "a few very specific onboarding experience questions. Our entire algorithm is based on experience matching so that people enjoy time with each other." The method seems to be working, as Mitchem says it attracts roughly 2,000 new users each day.

The full interview is available to read on Ganjapreneur's website.

Ganjapreneur launched in July 2014 and has since established a significant presence in the cannabis business world. The website regularly publishes interviews and commentary from leading minds in the industry, and has also launched a B2B business directory, a live feed of job listings from marijuana job boards, a domain name marketplace for start-ups and venture capital firms, and a mobile app for Apple and Android devices.