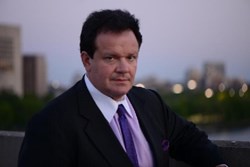 New Hampshire DWI Defense Lawyer Mark Stevens and The Law Offices of Mark Stevens are proud to announce the highly anticipated release and debut of his new profile page in IMDb. Glass: A Love Story, directed by Michael Durwin and filmed in the heart of New England; our very own Boston, MA. Glass: A Love Story, is the first movie to ever be entirely filmed with Google Glass. Attorney Mark Stevens IMDb is by far the worlds most authoritative and popular source for Movies, TV, and celebrity content.

Attorney Mark Stevens practices in New Hampshire and Massachusetts. His practice is devoted entirely (100%) to criminal trials and appeals, with a major concentration in defending clients accused of DWI, Aggravated DWI, DUI, OUI or other allegations of drunk driving or drunk boating.

Call to Action:
If you have been arrested in the state of New Hampshire or Massachusetts, or facing charges for OUI, DWI, DUI, or BWI- Call the Law Offices of Mark Stevens for your free consultation and initial case evaluation at 603-893-0261 or 603-893-0074 (24/7) We look forward to speaking with you.