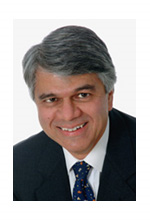 I handled some of the most complex cases possible over the course of my career but I also participated in many ADR sessions and saw firsthand the power of mediation and arbitration. - Joseph Ferraro

After three decades of practice as a leading trial attorney in New York and California, handling the most complicated and high-value cases and eventually specializing in intellectual property litigation, Joseph Ferraro retired and founded Ferraro Mediation Group to pursue his alternate dispute resolution practice. He recently announced his membership in the nation’s leading mediation network Mediation.com as part of his efforts to raise the firm’s online exposure.

“I handled some of the most complex cases possible over the course of my career,” said Joe. “But I also participated in many ADR sessions and saw firsthand the power of mediation and arbitration. When I decided to retire from full-time litigation, I founded Ferraro Mediation Group so I could offer my understanding of intellectual property and similar issues to businesses and individuals who want to avoid the costs and risks of court litigation.”

Since beginning his work as a neutral, Joe has mediated scores of disputes in the following areas; banking, business torts, foreclosures, insurance coverage, intellectual property, partnership disputes, product liability and real estate.    He has served as a volunteer mediator, as a Judge Pro Tempore and as a discovery referee in various County Superior Courts in California.

Joe graduated from Harvard Law School and practiced as a partner in several law firms until his retirement. In addition to his work experience in mediation and ADR, he has completed several mediation training courses. He has been awarded the highest possible rating, "AV," by Martindale-Hubbell.