NBA Phenom and Irrevocable Trust Advocate Wins the Rookie of the Year Title from the NBA and Financial Role Model of the Year From UltraTrust.com

With so many professional athletes in financial ruin, it is certainly refreshing to see a talented rookie making the right moves on and off the court. UltraTrust.com takes a closer look. 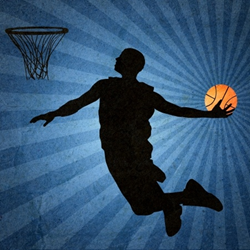 What we have here is a very smart young man who is choosing responsibility over the temptations of earning more than 99.9% of his peers at an early age. For this reason we want to nominate him as well as a financial role model of the year.

On May 5th, 2014, the National Basketball Association (NBA) announced that Michael Carter-Williams was selected as the recipient of the 2014 Kia Rookie of the Year Award (1). At just 22 years of age and appropriately wearing the number 1 jersey for the Philadelphia 76ers, Carter-Williams is making history in more ways than one. Consider his impressive first season's numbers: In 70 appearances on the court, he scored an average 16.7 points, 6.3 rebounds and 6.2 assists per game, which means he was at the very top of the rookie ladder (2).

In the history of the NBA, there have only been three rookie players who managed to surpass their peers in terms of scoring, rebounds and assists (2). The first rookie to accomplish this was the legendary Oscar Robertson in 1961, during his first season with the Cincinnati Royals. The second was Alvan Adams in 1976 with the Phoenix Suns. Robertson would later be inducted into the Naismith Basketball Hall of Fame, and Adams' jersey would be retired by the Suns (3). Carter-Williams certainly seems as if he's in the right path to great achievement in the NBA.

In December 2013, Carter-Williams scored what could be considered a financial triple-double, or at least a slam-dunk by infamously announcing his estate planning prowess. CBS Sports reported that the young rookie agreed to put his salary from the 76ers into a trust managed by his mother and a close family friend who is a financial planner (4). At this point, Carter-Williams is earning a guaranteed $4.5 million for this season and the next. He is clearly earning his salary: On the 76ers opening game this season, Carter-Williams scored a jaw-dropping 22 points, caught 7 rebounds and passed 12 assists to beat the Miami Heat, the reigning NBA champions (5).

Under the terms of the trust according to CBS Sports, Carter-Williams cannot touch his salary, which could increase considerably after his second season, for three years. This does not mean that he has to depend on his family to get by; CBS Sports went on to state that he is making money from his endorsement contracts signed with sporting goods giant Nike and Panini America trading cards (4). Now that he has earned Rookie of the Year, his endorsement deals are bound to become even more lucrative.

“What we have here is a very smart young man who is choosing responsibility over the temptations of earning more than 99.9% of his peers at an early age. For this reason we want to nominate him as well as a financial role model of the year,” explains Rocco Beatrice of UltraTrust.com, a website that provides asset management tools such as irrevocable trusts, FLP’s, and LLC’s. UltraTrust.com is owned by Estate Street Partners LLC, a firm that provides estate planning and financial advice. “The painful subject of professional athletes facing bankruptcy and ending up broke is becoming far too common these days. Let's not forget about the last player from the Sixers who had the honor of being named Rookie of the Year.”

Mr. Beatrice is referring to Allen Ezail Iverson, also known as “The Answer.” Iverson was the 1997 NBA Rookie of the Year; he had a great career with the Philadelphia 76ers and essentially changed the face of the NBA with colorful and questionable behavior on and off the court. Iverson, whose jersey was retired by the Sixers, reportedly earned $200 million during his career (6); however, according to Forbes, he was often broke or on the brink of filing for bankruptcy even while still playing under contract for NBA teams.

“A lot can happen to athletes who are not careful with their money. Players such as Iverson, who come from disadvantaged backgrounds, are often thrust into a world that is completely foreign to them when they start playing at the professional level. They turn into profligate spenders with big hearts who give a lot of money to family members and neighborhood friends; then their income becomes accosted from all angles by a motley crew. We are talking about dishonest agents, dubious financial planners, gold digger spouses, sham business people, and assorted hangers-on.” At this point, Mr. Beatrice calls attention to a 2009 Sports Illustrated article by Pablo S. Torre (7), which was an eye opener into “How (and Why) Athletes Go Broke.”

Mr. Beatrice continues: “Over the last few years we have learned of so many professional athletes going broke. Besides Iverson in the NBA, we know of Latrell Sprewell, Antoine Walker and many others. It's not just men; let's remember Sheryl Swoopes of the WNBA, who declared bankruptcy despite earning $50 million in salaries and Nike endorsements. For this reason, it is truly great to see Carter-Williams setting an important example.”

As to the type of trust selected by Carter-Williams, Mr. Beatrice explains: “The news reports do not specify too many details about the irrevocable trust; however, this is the type of we recommend to professional athletes for many reasons. First of all, many rookies are surprised by a wave of frivolous lawsuits and hands out as soon as they receive their first paycheck. These lawsuits are typically filed by unscrupulous people who seem materialize out of nowhere to attempt a shakedown. Let these sham plaintiffs know that earnings are deposited into an irrevocable trust and they won't bother again. The same goes for gold diggers.”

“Looking at the news reports, it seems as if Carter-Williams plans to follow this initial strategy for a few years. You never know what the future may hold, and career-ending injuries are always lurking in the field of professional sports,” concludes Mr. Beatrice. “Irrevocable trusts are also ideal for retirement and estate planning, to reduce tax liabilities and to avoid financial distress in general.”

About Estate Street Partners (UltraTrust.com):
For 30 years, Estate Street Partners has been helping clients protect assets from divorce and frivolous lawsuits while eliminating estate taxes and probate as well as ensuring superior Medicaid asset protection for both parents and children with their Premium UltraTrust® Irrevocable Trust. Call (888) 938-5872 to learn more.