The “Earth and Fire” Ceramics Exhibition at the University of West Georgia, featuring the ceramic artistry of Michael Greene and his two sons, Charlie and Will Greene, ends Oct. 1 with a public reception from 5-7 p.m. 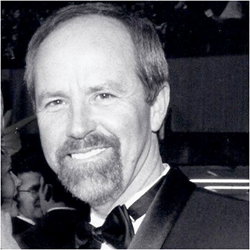 It is not unusual for many artists to expand their genres as they are exposed to different media forms.

The “Earth and Fire” Ceramics Exhibition at the University of West Georgia, featuring the ceramic artistry of Michael Greene and his two sons, Charlie and Will Greene, ends Oct. 1 with a public reception from 5-7 p.m. The exhibition showcases one of the many artistic sides of Greene, a musician, award-winning documentarian and head of the National Academy of Recording Arts and Sciences (NARAS), the organization that produces the Grammy Awards, from 1988 to 2002.

Greene, an Atlanta native and University of West Georgia alumnus, was drawn to the potter’s wheel while a student at UWG in the 1970s. Known for its cutting-edge art department and fine arts studios, UWG provided a new artistic outlet for Greene, a saxophonist, vocalist and composer who discovered ceramics while earning a business degree and studying music.

Greene, a saxophonist, vocalist and composer, discovered ceramics at UWG while earning a business degree and studying music.

“When I was a student at UWG, I decided to take a ceramics class and it was literally the same exact impulse for artistic creation that I felt musically when I sat down at the potter’s wheel,” Greene says. “It was a much more tactile alternative to music for me.

“It is not unusual for many artists to expand their genres as they are exposed to different media forms.”

Greene earned a bachelor’s degree in Business Administration at UWG.

His father’s influence as a big band leader played a major role in Greene’s musical career, which included induction in the Georgia Music Hall of Fame in 2000. While Greene has had a varied and illustrious career in the arts, music and entertainment fields, it was his 14-year tenure as Chairman of the National Academy of Recording Arts and Sciences (NARAS) and Grammy Awards that perhaps best showcased Greene’s business and artistic acumen.

During that time. he led the growth of NARAS membership from 3,200 to more than 27,000, built 12 regional offices, and launched the Latin Academy of Recording Arts & Sciences. Under Greene’s leadership, NARAS assets grew by nearly 800 percent, from $4.9 million to $38 million, according to former NARAS colleague Stephen Saltzman, and the Grammy Awards ceremony went from being syndicated in 14 countries to more than 180 countries on Greene’s watch.

Greene also founded and was president of two 501(c)3 foundations while presiding over the Academy. The Grammy Foundation spent more than $4 million annually to provide grants and educational programs that reached more than 2 million people and established MusiCares, which has helped thousands of music professionals in need.

As president and CEO of Artist Tribe, Greene produced the award-winning documentary “The Girls in the Band” in 2013.

The “Earth and Fire” ceramics exhibition, which opened Sept. 15, 2015, runs from 9 a.m. to 5 p.m. through Thursday, Oct. 1 at the UWG Visual Arts Building gallery. For more information, visit the University of Georgia website calendar.

Greene founded Artist Tribe, LLC in 2005 and currently serves as its president and CEO. Artist Tribe is an innovation enterprise that houses seven operating divisions serving the creative and cultural communities at large. The Artist Tribe Foundation is involved in the field of Arts Mentoring, Education and Arts & Wellness, and produces culturally significant documentaries—most recently, “The Girls in the Band.”

As president of the National Academy of Recording Arts and Sciences (NARAS), Greene ran the Grammy Awards ceremony for 14 years. His tenure with the Academy began in 1985 as president of its Atlanta chapter. As NARAS president, Greene started two charity subdivisions: the Grammy Foundation, which focuses on music education, and MusiCares, which provides financial assistance to and substance abuse programs for musicians. MusiCares includes plans to build retirement homes and drug-treatment centers for musicians.

Raised in Atlanta, where his father was a big-band leader, Greene is an accomplished saxophonist and composer with two released albums. A ceramicist and instructor, Greene has works in the permanent collection of the High Museum of Art in Atlanta.