House flippers become holders with high profits in rental homes, while others flip and sell making huge gains in high-ended houses, according to RealtyTracs latest report. Home Destination, a Minneapolis residential Realtor with RE/MAX Results, comments on the report and the success of Minneapolis house flippers who find high profits. 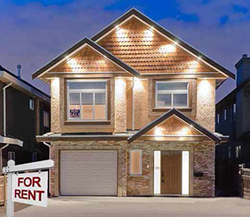 Real estate investors made an average gross profit of $54,927 on flipping houses in the third quarter, up 12% compared to an average gross return of $48,893 last year, RealtyTrac reported Thursday. The jump in gross profit can be attributed to an increase in house flippers opting to choose high-end flips. Nationally, house flipping activity dipped 13% from the same period a year ago, with 32,993 single-family home flips recorded in the third quarter of 2013.

"Minneapolis house flippers are increasing the value of Minneapolis residential neighborhoods, since flippers fix up yards and both a home's interior and exterior," says Jenna Thuening, owner of Home Destination.

RealtyTrac says flippers are selling more homes for $750,000 and upwards. A total of 968 high-end homes were flipped in the third quarter, up 34% from a year ago. "The sharp rise in high-end flipping indicates there is still good money to be made for flippers willing and able to take on the additional risk of buying and rehabbing more expensive homes. With that higher risk also comes the potential for higher reward. The average gross profit on each high-end flip equals more than four times the average gross profit on each flipped home in the lower price ranges," stated Blomquist.

Now that the Minneapolis housing market has sustained home price gains, house flippers have adapted tactics. This time deep-pockets and cash buyers have the advantage due to the backing of private equity cash. RealtyTrack says the million-dollar flip is a high-risk, high-reward game, with investors catering to the latest architectural whims of the highest-end buyers. "We're showing the average gross profit on one of these high-end flips is about $240,000, compared to about a $55,000 average profit on the lower end," RealtyTrac told CNBC.

In June of this year the Star Tribune highlighted the story of two local 30-year-old entrepreneurs who have become successful Minneapolis house flippers. Drew Levin and Danny Perkins announced a show on the remodeling network called "Renovate to Rent," offering insights on their current expertise in twin Cities house-flipping. The show premiered June 11, is hosted by Levin, a real estate agent, and Perkins, a licensed contractor. manage about 50 rental properties throughout the metro, mostly in Minneapolis’ Uptown neighborhood and around the University of Minnesota where students are not thinking as often about buying a home yet and the demand for rental property is high. For the two, buying distressed Minneapolis properties, fixing them up, and then holding them while renting the homes out is a high profit business. "Tenants want four main things: a big bedroom, a big closet, a dishwasher and a washer/dryer," Perkins said.

Doug Clark, co-host of Spike TV’s Flip Men was quoted in RealtyTrac's house flipping report. He believes that what makes his house flipping work well is creative thinking and doing things that other house flippers aren’t doing in the market. His success would indicate that his investment logic is making the needed difference for him between a buying exercise and house flipping profits.

Before venturing into house flipping be sure to have access to cash; it may be necessary to hold on to the house for a minimum of three months because of Federal Housing Administration (FHA) anti-flipping regulations. Houses sold within 30 days of being purchased aren't eligible for FHA mortgage insurance; those sold between 91 and 180 days are acceptable but require an additional, independent appraisal to make sure the sales price is justified, according to Bankrate. Traditional home sales are not impacted.

"Some Twin Cities house flippers are taking a basic home and adding up-grade features to draw and please high-ended renters. House flipping requires deep pockets unless you plan to do much of the work yourself; and that means plenty of time put into the hard work," advises Thuening.