The Missouri Court of Appeals upheld the dismissal of a condemnation action against the owner of a Burger King represented by eminent domain attorney, Robert Denlow, Missouri Member of the Owners' Counsel of America. 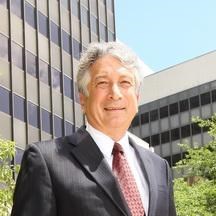 By avoiding the redevelopment statutes, the City bypassed the procedural safeguards a property owner would have, such as having non-appointed city officials review the city’s plans.

“Courts do not often throw out a government’s efforts to condemn property. That is why this is so special,” stated Robert Denlow. “In this case, the property was in good condition and the City admitted as much. Yet, the City wanted to condemn it claiming it was part of a blighted area.”

To proceed with the redevelopment, the City commissioned a blight study of the 57 acres. The City confirmed and updated its original July 31, 2008 blight study with a subsequent April 30, 2010 study. While blight factors were not found at the Burger King site, both studies determined that a preponderance of blight existed in the 57 acres and concluded that the entire area was blighted.

Although the City acknowledged that the Burger King property was in good condition, it argued that it had the authority to use eminent domain to condemned the property because it was within the designated redevelopment area. The City offered $850,000 to purchase the Burger King site, which Perry Beaton, the owner rejected. Mr. Beaton wanted to continue running his business. “I have a great location, a successful business, and a well-maintained building. I simply did not want to go.” Mr. Beaton said.

In City of North Kansas City, Missouri v. K.C. Beaton Holding Company, WD76068 and WD76110 (Mo. Court of Appeals, Western District), the court focused on whether the City under Statute 88.497 had the right to condemn for the purposes of eliminating blight. Chief Judge James Edward Welsh authored the opinion holding that "[t]he City does not have the authority to condemn the Burger King property under section 88.497 for the purpose of eliminating blight." (January 14, 2014 Opinion, p. 10).

“In the end,” Mr. Denlow stated, “North Kansas City was trying to forcibly take a successful business site for the eventual purpose of turning it over to a for-profit developer. Burger King creates jobs and pays substantial sales taxes and real estate taxes to the City. Yet, the City attempted to eliminate the Burger King. It just doesn’t make sense.”