40 buses in North Carolina were found with mold, said a report. To help get rid of the spores quick and safe, My Cleaning Products suggested the use of an organic mold removal spray. 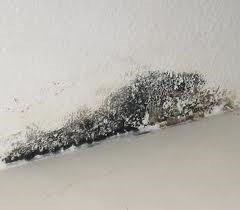 ...to avoid spending too big for a mold remediation, instead of hiring a mold exterminator, it advised a DIY treatment.And to make the process easy and safe, it recommended the use of Molderizer and Safe Shield.

In North Carolina, mold was found in a number of school buses. A report from wsoctv.com related the incident on August 29, 2013. Knowing that mold presence anywhere poses risks to health, My Cleaning Products advised the use of two organic mold removal sprays in response to it.

According to the report, the affected buses were that of Charlotte Mecklenburg School, said My Cleaning Products. It detailed that the spores were discovered in the seat belts and other parts of them.

Last Monday night though, it was said in the same report that the CMS superintendent stated the mold problem had been dealt with and that the vehicles were safe, MCP shared. Nonetheless, it added that the source of the news countered that some of the buses were still mold infested. And as it relayed, that was proven true by the inspection done by the city's health department on Thursday.

As stated in the news post, the inspection confirmed mold presence in 40 of CMS' buses, MCP related. And based on the statement in the report of the school district's Associate Superintendent, Guy Chamberlin, they were already having drivers check and clean up the spores.

Here is a part of the post Mold Discovered in School Buses by My Cleaning Products.

“Several campuses were recently found to have mold problems, no thanks to this year's unusually wet summer. And rather than risking the student's health, many schools decided to just delay their opening or in other cases, transfer the classes. But is mold in school the only thing that parents have to worry about for their kids?

Apparently, in North Carolina, it isn't. Just recently, it was reported that Charlotte Mecklenburg Schools discovered 40 school buses with mold.”

Mold could cause various health conditions from mild to serious, said My Cleaning Products. Because of that, it advised everyone to kill mold fast, wherever it is.

However, to avoid spending too big for a mold remediation, instead of hiring a mold exterminator, it advised a DIY treatment. And to make the process easy and safe, it recommended the use of Molderizer and Safe Shield.

As it said, those two products are made with organic ingredients, therefore, they are safe. But as it cleared, even in the absence of strong chemicals, they are effective. It elaborated that Molderizer could kill mold fast while changing the spores' DNA makeup while Safe Shield could prevent another infestation with its protective layer. And with those advantages, it asserted that they are truly the best to get.

To prove that true, MCP announced that it would be giving out samples of the products. It detailed that Molderizer and Safe Shield Complimentary Samples would be available at MyCleaningProducts.com.