Mold was reportedly causing a big problem to the residents of one apartment complex in St Charles County. In order to help everybody eliminate mold effectively and safely, My Cleaning Products suggested an organic mold removal spray. 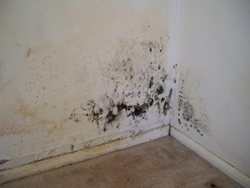 ... Molderizer could make the whole process easy for everybody. A special mold removal spray, it said that it could kill the spores in just seconds and prevent their return for up to four months.

Mold was causing a problem at one apartment building in St Charles County in Missouri. And according to a report from ksdk.com, the tenants have had enough if its presence. In response to it, My Cleaning Products recommended a mold removal spray to help the residents and the rest of the public get rid of mold fast and safe.

The report was published on June 12, 2014. And as it said, the heavy rain that hit the county on Tuesday was the cause of the mold problem.

However, the residents were upset of the management's response to the issue, relayed the report. That, it said, prompted them to take steps on their own. It stated that one resident chose to stay at his mother's home. Another, it shared, sent letters to other tenants encouraging them to take the problem to the city's building inspector for a proper and prompt clean-up.

But according to the regional facilities director of the company that manages the building, there is no sign of mold in the complex, related the report. As he said, the water was just too much for the drains to handle and they were already working to dry the place, it additionally shared.

Below is an excerpt from the post Mold Troubles Residents of St Charles Apartment Complex by My Cleaning Products.

“Heavy rain hit the St. Charles, Missouri on Tuesday. And just days after that, the residents of one apartment complex in the county were having mold problems already.

The rain caused flooding in the apartment building. That, in turn, caused the spores to grow and trouble the residents. Nonetheless, the tenants deemed that the management was not doing enough to resolve the issue.”

Mold brings in a lot of health problems. And that, said My Cleaning Products, is a valid reason to worry about the spores' presence and to act promptly to get rid of them.

Mold, cited MCP, grows and spreads in just 48 hours. Hence, early mold cleaning could prevent a bigger infestation. As it pointed out, that also prevents its worse effects on health and finances.

Nonetheless, the company said that cleaning mold is not an easy task. It stated that some cases might need hours of hard scrubbing just to get rid of mold and its stains on surfaces and items.

However, MCP asserted that Molderizer could make the whole process easy for everybody. A special mold removal spray, it said that it could kill the spores in just seconds and prevent their return for up to four months.

In addition, it said that it is made with organic ingredients. And because of that, it pointed out that it is safe as it leaves no odor or harmful residues behind.

To experience its benefits, MCP invites everyone to a Molderizer Complimentary Sample at mycleaningproducts.com.