An inspection reportedly discovered that the mold problem at West Lafayette City Hall is worse than anticipated. In order to help the public avoid a mold problem of the same extent, My Cleaning Products recommended the use of two organic mold removal sprays. 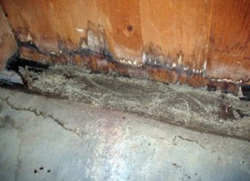 ...they contain no harsh chemicals in their content...Despite that, it stated that Molderizer could kill mold spores from the roots to the tips in seconds. On the other hand, Safe Shield could block their re-growth for up to four months...

An inspection revealed that the mold problem in West Lafayette City Hall is worse than expected. A report from jconline.com dated April 17, 2017 relayed the details of it. Meanwhile, My Cleaning Products suggested two organic mold removal sprays to help the public prevent the same huge mold case.

According to the report, the inspection particularly discovered that there are two layers of drywall in the basement. It related that there was a space between the layers. That, as explained by Mayor John Dennis, provided a room for mold to grow.

The inspectors will deliver a detailed report about the problem by August, said the post. It stated that it will list the extent of the problem and the estimated cost of the repairs needed. Based on it, it relayed that the officials will decide to either renovate building or tear it down.

The report recalled that the mold problem at the city hall was first discovered in January. It added that it was vacated by the end of February due to high mold spores level.

Here is an excerpt from the said report.

"The mold issue is a little more significant than what we originally anticipated," Mayor John Dennis said as he described an update from Tecton Construction, the consulting company that is determining the extent of mold in the building and providing the city with options.”

The mold problem at West Lafayette City Hall could occur anywhere else, said My Cleaning Products. However, if one could get rid of the fungus early, a major mold problem could be prevented, it stated.

And so, to help the public do that – kill mold early – MCP advised everyone to stay alert of mold signs. Moreover, in order to be able to respond immediately to the confirmation of its presence, it told everyone to get help beforehand.

Nonetheless, out of all the mold removal sprays that could aid anyone in a mold remediation process, My Cleaning Products only recommended Molderizer and Safe Shield. It cited that they both make the best help as they offer a complete, effective and safe process.

The company elaborated that they contain no harsh chemicals in their content. Hence, they are not a danger to anyone's health. Despite that, it stated that Molderizer could kill mold spores from the roots to the tips in seconds. On the other hand, Safe Shield could block their re-growth for up to four months, it added.

To personally see them in action, My Cleaning Products invites everyone to try them. It shared that Molderizer and Safe Shield Complimentary Samples are available at its website mycleaningproducts.com.