A mold discovery at Dighton Police Station reportedly resulted to the demolition of the section. In connection with it, My Cleaning Products shared a number of tips how to kill mold effectively to avoid the same situation. 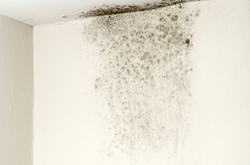 MCP only advised the use of organic-based Molderizer. It cited that it doesn't contain harsh chemical ingredients, hence, spraying it does not leave elements that endanger health.

A mold problem was discovered at Dighton Police Station. And based on a report from tauntongazette.com, it led to the demolition of the section. In connection with it, My Cleaning Products gave advises, including the use of one mold removal spray, in order to help the public avoid the same incident.

The mold was found last week in the firearm licensing and interviewing room of the station, shared the report, which was posted on April 25, 2014. It detailed that it was about 300 square feet and also served as a gateway to the evidence storage room.

Besides the licensing room, the post relayed that mold was also detected in the storage room at the back of the station. It stated that roof leaks were determined as the cause of it. However, it added that a test revealed the spore levels in the building was still safe.

Despite that, officials consider the structure a risk, the report related. And because of that, it stated that they were planning to move the department.

Below is an excerpt from the post Mold Found in Dighton Police Station by My Cleaning Products.

“The Dighton Police Station in Massachusetts has lost some needed space. And it was all because of the mold infestation recently discovered."

"Particularly, the fungus was found in the room used for firearm licensing and interviewing, which also served as a passage to the evidence storage room. But because of the spores, the department had no choice but to demolish that area.”

According to My Cleaning Products, a little moisture is all mold needs to grow. And given the many health problems it could bring, it stressed the need to get rid of it quick.

To do that, it said that one must always be wary of mold signs. As it stressed, he or she must also have a ready mold remover and mus be quick to implement a mold treatment.

Nonetheless, for a truly safe mold removal without sacrificing the effectiveness of the process, MCP only advised the use of organic-based Molderizer. It cited that it doesn't contain harsh chemical ingredients, hence, spraying it does not leave elements that endanger health.

As it also assured, it could kill mold in seconds on almost any surface. It said that numerous hotels, hospitals and even mold removal companies had proven that.

But for a complete treatment, it added that Safe Shield must be applied on the surface after cleaning with Molderizer. This spray, it pointed out provides an encapsulation to the surface, thus, protecting it from another mold infestation.

Try the mold remover, MCP invites everyone to visit its website at mycleaningproducts.com and get the Molderizer Complimentary Sample.