Could It Be Dementia? Neuropsychologist Dr. Kenneth Freundlich with Tips on Recognizing the Signs and Getting a Diagnosis

According to neuropsychologist Dr. Kenneth Freundlich, many dementias are progressive and a clinical diagnosis is key to identifying the underlying condition and getting the most from the available treatments. 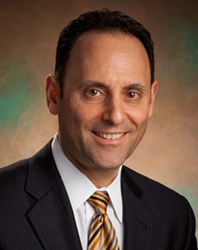 We diagnose dementia when there is significant cognitive impairment that interferes with independence in everyday activities.

Although an isolated episode of forgetfulness is hardly reason to call the doctor, millions of Americans are understandably concerned when they see signs of dementia, either in themselves or in a loved one. “The truth is that dementia is widespread among seniors, and its effects can be devastating,” says Dr. Kenneth Freundlich, a neuropsychologist with Morris Psychological Group.

According to the latest government estimates, about 3.4 million Americans age 71 and older—one in seven—have some type of dementia. Dr. Freundlich points out that changes in memory are normal and to be expected. We all become forgetful. But while it is common in elderly individuals, dementia is not a normal part of the aging process—many people live to a ripe old age without any symptoms—nor is it something to ignore.

“Dementia can be caused by a few different conditions, many of which are fatal,” says Dr. Freundlich. But whatever the cause, it is important to get diagnosed as soon as possible, he says. “Many dementias are progressive—they start out slowly and gradually get worse—and a clinical diagnosis is key to identifying the underlying condition and getting the most from the available treatments.”

Tips for recognizing Dementia
Dementia is caused by damage to brain cells, which inhibits the cells’ ability to communicate with one another and interferes with brain functioning: thinking and reasoning as well as emotions and behavior. Dementia is not a disease but a set of symptoms that are caused by a group of disorders affecting the brain, Dr. Freundlich explains.

Dementia symptoms include decreased intellectual functioning that interferes with normal life functions (such as memory, language, perception, judgment or reasoning, and relationships), plus personality changes and a loss of emotional and behavioral control. But while memory loss is a common symptom of dementia, it’s not the only one.

“We diagnose dementia when there is significant cognitive impairment that interferes with independence in everyday activities,” Dr. Freundlich explains. Moreover, while dementia is certainly associated with Alzheimer’s disease (AD) and other serious conditions, it also can be caused by reactions to medications, endocrine and metabolic problems, nutritional deficiencies, infections, and heart and lung problems. In addition, other treatable conditions, such as depression or alcoholism can mimic dementia.

Is It Alzheimer’s?
Alzheimer's disease (AD) is the most common cause of dementia, accounting for roughly 50 to 60 percent of cases. It’s caused by the formation of plaques (deposits of a type of protein) and tangles (twisted strands of another protein), which damage and kill nerve cells in the brain. In AD, memory loss is usually the first symptom—difficulty remembering recent conversations, names or events—along with apathy and depression. Later on, patients show communication difficulties, impaired judgment, disorientation, confusion, behavior changes and physical difficulties (in speaking and swallowing, for example).

Accounting for about 10 percent of dementia cases, vascular dementia is caused by brain injuries from cerebrovascular disease, a stroke or other problems with vascular function, such as high blood pressure (hypertension) and blood vessel blockage. In some cases, impaired judgment, decision-making, planning or organizing will be the initial symptom (memory loss and personality changes can come later). Further down the list of dementia-causing disorders are Parkinson’s disease, Huntington’s disease, and several other rare conditions. In many cases, there is more than one condition contributing to dementia (for example, vascular dementia can occur alongside AD). This is known as “mixed dementia.”

Diagnosis is key
A doctor can diagnose dementia with many methods, including the patient's medical and family history, a physical exam, neurological evaluations, and imaging tests (CT scans, MRIs and PET scans). Additionally, cognitive testing is essential to fully evaluate the nature of the dementia. If dementia is identified, the doctor can prescribe treatments to reduce symptoms and slow the progression of AD (or the other disease that’s causing the dementia).

“The warning signs of dementia can be confusing, in part because they might look like the normal changes that come with aging,” Dr. Freundlich says. “Even after they’ve been noticing symptoms, many people avoid seeing a doctor because they assume that there’s no cure for Alzheimer’s so there’s no point in getting a diagnosis.” But memory loss isn’t necessarily dementia, and dementia isn’t necessarily AD, Dr. Freundlich says. “Delaying your diagnosis only leaves you (or your loved one) in the dark. The sooner you know, the sooner you can start managing the condition,” he says.