Commemorative brick campaign provides opportunity for the public to honor someone with a personalized brick at the entrance of the new Heritage Center in the Aquarium Plaza. 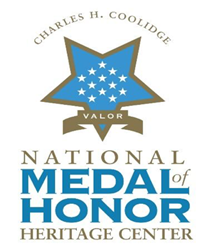 "Since launching our capital campaign in August 2017, we have received tremendous support from our donors – locally and nationally – several of which went above and beyond to help fulfill this vision of creating a new National Medal of Honor Heritage Center in the heart of where its heritage started back in 1862-1863 – Chattanooga, Tenn.,” said Major General Bill Raines, U.S. Army (Retired) and chairman of the Heritage Center. “At this holiday season, what better way to show your love and appreciation of someone than to give the gift of a paver as a lasting tribute in their honor.”

“We are in the final stage of our capital campaign, and we invite everyone to join us in ‘Paving The Way’ to our grand opening,” Major General Raines continued. “This is truly a once-in-a lifetime opportunity for businesses and the general public to secure a lasting tribute for a special veteran or to honor a loved one through a personalized brick for all to see at the new National Medal of Honor Heritage Center.”

The mission of the National Medal of Honor Heritage Center is to memorialize the acts of valor demonstrated by the recipients of our nation’s highest military award, from the First Medals in 1863 to the present day, and to educate the next generation about the character traits associated with their gallantry.

Scheduled to open on February 22, 2020, the National Medal of Honor Heritage Center will be a place that preserves the heritage of the Medal of Honor and honors its tradition, culture and values. The 19,000-square-foot facility, located in downtown Chattanooga at Aquarium Plaza, will feature life-sized exhibits to tell the real-life stories of these ordinary people who demonstrated extraordinary heroics under the most difficult circumstances. Each exhibit was designed to immerse visitors in the stories of these America’s heroes by combining the sights and sounds of these Medal of Honor narratives with a vibrancy and immediacy of what happened on that day. As a result, the Heritage Center will create a more profound, engaging and memorable experience for its visitors.

Once open, the Heritage Center will also become the central hub for the Medal of Honor Character Development Program and Character Club initiative - two educational programs that focus on creating lasting change in the local community. By becoming a “Living Classroom on Character Education,” the Heritage Center will showcase an important part of the city and country’s heritage, while creating a lasting tribute to these genuine American heroes who represent the best and bravest of all who have served and sacrificed in defense of our nation.