The legal market is not all that glum anymore. Jobs in the legal sector are increasing says LawCrossing reporting more than 38,900 active openings on its site. 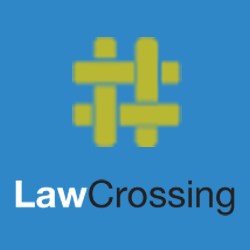 As per the latest Employment Situation Summary of the Bureau of Labor Statistics (BLS), job opportunities in professional and business services expanded in September. A closer study revealed that the job market has once again favored lawyers. In the legal sector, the job growth is largely being attributed to the creation of many new non-traditional positions for lawyers. According to Harrison Barnes, Chief Executive Officer of LawCrossing, “The drop in September’s unemployment rate in the legal sector, has been driven by employment growth in small and mid-sized law firms as well as big law firms.” Latest job searches conducted on LawCrossing supports the job growth showing more than 38,900 legal opportunities in the U.S.

The recent rise in legal employment conforms to the predictions made by economists earlier this month in the absence of the BLS’s employment report for September. Economists had predicted overall job gains, which meant gains in the legal sector too.

According to the article titled “Legal sector adds jobs for third month in a row,” featuring on 23 Oct in the ABA Journal, September is the third month in a row that shows a favorable legal job market. Presently, the legal sector employs 1.13 million people, as per the article titled “Legal Sector Gained 1,100 Jobs in September” released by The AmLaw Daily on 22 October. Conclusively, the legal job market is looking favorable, and holds true to the BLS forecast that was made in regard to employment of lawyers in the Occupational Outlook Handbook, 2012-13 Edition.

To view new openings in the legal sector, got straight from recruiter sites, visit: http://www.lawcrossing.com/browse-jobs/jobs.html

LawCrossing is an affiliate of Employment Research Institute, a powerful and comprehensive organization dedicated to help professionals, as well as first timers, finds jobs that will enhance their careers. LawCrossing consolidates every legal job opening it can find in one convenient location. LawCrossing has been on the Inc. 500 twice. The website also offers a three-day free trial to new members.