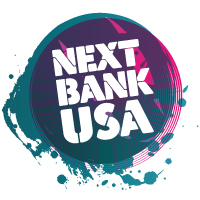 "They are thought leaders that are not only shaping the future of NextBank USA, but of the industry itself."

Released on Tuesday, March 4th, Jay Palter’s Social Advisory (http:/jaypalter.ca/2014/03/financial-services-influencers-online) listed “the Top 250 financial services online influencers that you need to know”. The top 10% of the prestigious list was filled with NextBank advisory board members as five members could be found in the top twenty-one slots.

“The success of NextBank is closely linked with the great people we have involved, who are passionate and deeply knowledgeable about this industry, none more so than our esteemed Advisory Board members. These are people who we look up to, and listen to, and it’s no wonder they're ranked amongst the most influential commentators in banking,” commented NextBank’s Founder, Rob Findlay. “They are thought leaders that are not only shaping the future of NextBank, but of the industry itself. I thank them for their contribution and congratulate them on their success.”

“It is an honor to be recognized by Jay and it’s an honor to serve on the NextBank board with such a great team, not only the influencers on the list but also accomplished innovators like Phil Swisher and Jeff Blais, as well,” added JP Nicols, who is also the co-founder of the Bank Innovators Council. “NextBank and the Bank Innovators Council are both committed to a new way of thinking in banking and innovation and I personally could not be more excited about what we are doing in Boston this June and throughout the year.”