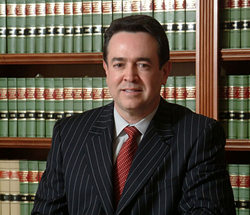 It’s been quite a while since I had dreams of being a rock star. I am gratified that PILMMA has applauded my performance on behalf of the Ginarte Law Firm.

Ginarte, who is the founder of the Ginarte Law Firm, received the award at PILMMA’s annual Super Summit, held July 17-19 in Chicago. The law firm is based in Newark, N.J., and has offices throughout the New York City metro area, in both New Jersey and New York.

PILMMA works to inform its members of the latest strategies, tactics and technologies to help them better market and manage their law firms. It presents the Legal Marketing Rock Star Award to members in competitive markets who sustain more than 25 percent growth in case intake and revenue for three consecutive years, and who effectively use cutting-edge Internet marketing, according to the organization.

“It’s been quite a while since I had dreams of being a rock star,” said Ginarte, who launched his legal career in 1982. “I am gratified that PILMMA has applauded my performance on behalf of the Ginarte Law Firm.”

In addition to an in-depth website, Ginarte’s firm maintains an active blog about personal injury issues, and a Facebook page. The Ginarte Law Firm also has a YouTube video blog, and Joseph Ginarte is active on Twitter, as @JosephGinarte, where he says he is interested in political, cultural and legal news.

“Our team of some 30 attorneys and managers and 100 support staff are active in the various New York and New Jersey communities we serve,” Ginarte said. “We work with local charities and nonprofits because it’s the right thing to do, and it also helps get our message out about our commitment to providing personal attention to the people we help every day in our law practice.”