65-year-old Rosa Woodard suffered an alleged sexual assault while living in a Houston nursing home. Despite acknowledging that Ms. Woodard was unable to consent, the nursing home is blaming Ms. Woodard for the crime allegedly committed against her. Now, her family is seeking justice with the help of Houston medical malpractice attorney Charles Brown. 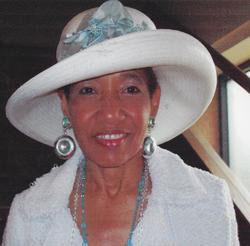 Ms. Rosa Woodard prior to the sexual assault.

Brown, Christie & Green, a Houston medical malpractice law firm, has filed a lawsuit on behalf of the heirs of Ms. Rosa Woodard. The Original Petition was filed in the District Court of Harris County, Texas, Cause No. 2018-90891. The plaintiffs are Byron K. Woodard and Rondia Crenshaw. The defendants are Willowbrook SNF and Willowbrook Residence and Rehabilitation Center.

The plaintiffs allege that Willowbrook was negligent in protecting residents, which resulted in the alleged sexual assault of Ms. Woodard. Records indicate that due to her having Stage IV Parkinson’s Disease and Dementia, that Ms. Woodard was not capable of consenting to sexual activity.

In addition to the alleged sexual assault, the plaintiff’s claim that Willowbrook leadership and staff made a series of errors in how they managed the alleged assault. It is alleged that Willowbrook staff did not take appropriate measures to contact authorities, get medical treatment for Ms. Woodard, preserve evidence, or notify her family. The Department of Health and Human Services has conducted a thorough investigation into these claims, and it is their opinion that some errors were made.

Willowbrook has responded to the Original Petition by denying that they violated the standards of care. The defendant’s Affirmative Defense states that the alleged injuries sustained by 65-year-old Ms. Woodard, if any, were the result of her “own acts or omissions.”

The alleged assailant is not named in the lawsuit, but is facing criminal charges. He is due to appear in court on July 26, 2019.

Ms. Woodard’s son and daughter are now looking to the District Court to review the allegations made against Willowbrook. If the court finds that the standards of care were, in fact, violated, the plaintiffs hope that the court will hold Willowbrook accountable for any such failures and the harm that their mother allegedly endured.

Ms. Woodard’s daughter stated, “I placed my mother in Willowbrook believing that she would get the utmost care, attention, and safety. Instead, my mother suffered. I will not rest until the facility is held accountable.”