Online Used Car Giant Off Lease Only Makes It Easier for Buyers in the New York Area to Access its Inventory of 6,500 Used Cars, Trucks, SUVs & Vans 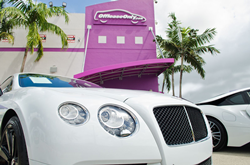 New York Shoppers Save Thousands at Off Lease Only

“We are like the Costco of cars offering the lowest prices combined with the convenience of Amazon, offering home delivery,” Off Lease Only founder Mark Fischer said.

Off Lease Only, the nation’s largest-volume independent used car dealer, is making its inventory of more than 6,500 vehicles easier to find in the New York area.

While car buyers nationwide have always been able to find a used car for thousands less on the Off Lease Only website — OffLeaseOnly.com — the opening of the New York markets through Cars.com means customers searching for the best used cars will find the Off Lease Only inventory quicker.

Now customers in the New York area who search for a specific vehicle via Cars.com, will have Off Lease Only cars, trucks, suvs and vans automatically pop up in their search.

“We are like the Costco of cars offering the lowest prices combined with the convenience of Amazon, offering home delivery,” Off Lease Only founder Mark Fischer said.

In addition to a current total of 14 Cars.com online markets, Off Lease Only will be in 50 markets in the near future.

“We’ve always had a huge loyal customer base nationwide because we have been selling thousands of cars annually to out-of-state buyers for the past decade,” Fischer said. “With our continued expansion, our inventory is now popping up in places where people wouldn’t usually find us and that customer base is growing month over month.”

As it continues to reach new markets such as New York as well as others throughout the nation, Off Lease Only is also growing its inventory of mostly 2015 through 2018 used cars, trucks, suvs and vans.

“From under $10,000- $100,000+ and everything in between, we have the largest selection of used cars, trucks, suvs and vans in Florida, and probably the United States,” Fischer said. “Our goal is to make sure customers anywhere in the country know they can get incredible vehicles all priced thousands below retail.”

Off Lease Only can arrange to have vehicles shipped to customers anywhere in the country and also encourages customers to come to Florida— especially this time of year — to pick up a car and perhaps turn the trip into a vacation.

“You can make your trip into a Disney World weekend,” Fischer said. “Spend a few days at the theme parks with the money you saved by buying a car from us and take advantage of our hotel and rental car partnerships to save even more.”

Off Lease Only currently has four locations in Florida including the West Palm Beach, Fort Lauderdale and Miami areas as well as in Orlando. It is also planning to open a Tampa location within the next year.

Fischer says that customers from anywhere in the country can come to Florida and visit any of the state-of-the-art Off Lease Only locations, each of which has about 1,500 quality used cars, trucks, suvs and vans on site.

“You would have to visit other big box used car dealers several times to see the inventory we have in each of our locations,” he said. “When you come to an Off Lease Only dealership, not only are you going to save thousands, you’re also going to see something incredible.”

With a focus on customer satisfaction, Off Lease Only is among Edmunds.com’s five star-premier dealers based on customer reviews, has an A+ rating from the Better Business Bureau and is DealerRater’s Used Car Dealer of the Year Florida. The company prides itself on transparency, offering a free five-day/500-mile exchange policy and no hidden fees. To find out more about great deals at Off Lease Only or to search the inventory, visit http://www.offleaseonly.com.