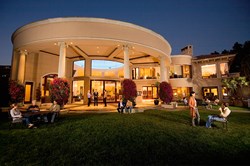 'Meth is a drug with serious potential for addiction and long term use of the drug can have devastating health effects,' said Pax Prentiss, CEO of Passages Addiction Treatment Centers.

In Myanmar, seizures of crystal meth jumped 12-fold and Hong Kong reported a 91% increase in the amount of the substance intercepted by authorities over the last year. Substantial amounts of the drug were also reportedly turning up in Brunei, Indonesia, Cambodia, and Japan.

When taken as a pill, methamphetamine is known in Thailand as “yaba” which translates to “crazy medicine.” It is often used by low-wage workers who have to work long hours, and as a party drug.

The UN estimated that heroin and methamphetamine manufacturing and distribution generate $30 billion in Southeast Asia and China each year. In Thailand in particular, 63% more people sought treatment for yaba in 2012, versus the year previous.

“Meth is a drug with serious potential for addiction and long term use of the drug can have devastating health effects,” said Pax Prentiss, CEO of Passages Addiction Treatment Centers. “We’ve had success empowering people to move away from drugs like methamphetamine by treating and healing the underlying causes of addiction.”
At Passages Malibu - Addiction Ends Here™

Father and son team Chris and Pax Prentiss founded Passages Malibu in 2001. Its second location, Passages Ventura, first opened its doors in 2009. The two alcohol & drug abuse treatment centers offer an alternative to the 12 step/AA model of addiction treatment by utilizing a holistic program that focuses on the underlying issues of substance dependency, rather than attributing addiction to an incurable disease.

Passages Malibu was named the #1 treatment center in the world by Healthcare Global, one of the "Most Luxurious Places to Dry Out" by Forbes magazine, and the Huffington Post recently acknowledged Passages as a center that “caters to a high-end crowd, with many CEOs, entrepreneurs and high-powered professionals among its clients.”
The co-founders are also authors of an acclaimed series of addiction treatment books, including their groundbreaking, flagship title, The Alcoholism & Addiction Cure.