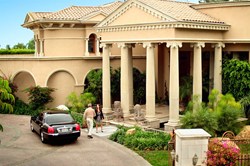 In the June 2013 edition of Alcoholism: Clinical and Experimental Research, a team of researchers contributed a paper that studied the connection between childhood trauma and alcohol dependency, later in life. The team compared two groups of men and women, the first who at one time had sought treatment for alcohol dependency and another group who had not.

The research discovered that not only was childhood trauma, abuse, or neglect significantly more pronounced in men and women who were seeking help for alcohol abuse, but that the intensity of their drinking issues were correlated directly with the intensity of their childhood trauma. The group who suffered more emotional abuse and neglect during childhood, also reported higher levels of anxiety, depression, and/or anger.

The findings suggest that genetics alone are not enough to explain vulnerability to alcohol dependency. The study also reported a connection with survivors of childhood trauma and impulsive behavior. The conclusions clearly support alternative treatment options championed by more progressive treatment centers, which have in the past been resisted by disease-model-based clinical treatment methods.

“At Passages, we’ve devoted decades of combined experience in addiction treatment toward helping our clients understand and heal the root of their addictive behavior,” said Pax Prentiss, CEO of Passages Addiction Treatment Centers. “During that experience, we’ve found that underlying issues, often resulting from trauma, are one of four leading contributors to addictive behavior and substance dependence. We also offer our clients assistance with chemical imbalances, their ability to cope with extreme life pressure, and/or working through beliefs about themselves that aren’t true, which may be holding up their personal development. We’ve helped thousands of people sort through these issues and heal their addictions. It’s encouraging to see scientific research validating our work.”

Father and son team Chris and Pax Prentiss founded Passages Malibu in 2001. Its second location, Passages Ventura, first opened its doors in 2009. The two drug & alcohol abuse treatment centers offer an alternative to the 12 step/AA model of addiction treatment by utilizing a holistic program that focuses on the underlying issues of substance dependency, rather than attributing addiction to an incurable disease.