Paul Kelly’s newly released “Jesus Watches Over Me” is a heartfelt autobiography of a man who went the wrong ways, yet eventually found God later in his life.

“Jesus Watches Over Me” from Christian Faith Publishing author Paul Kelly is a captivating exploration in the life of a man who grew up fueled with anger because of his dad, which led him to a lot of missteps and wrong paths taken. 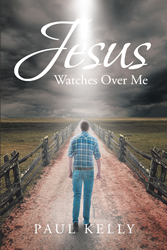 “Jesus Watches Over Me”: an honest retelling of a man and his journey towards finding Jesus, even after all the anger he took out onto the world and all the terrible things the world did to him. “Jesus Watches Over Me” is the creation of published author Paul Kelly, a writer from West Toronto who enjoys shooting firearms, soaring, flying, parachuting, and riding motorcycles.

Kelly shares, “As a young lad, I grew up in the west end of Toronto, knowing my dad walked out on my mom and me when I was three years old. After the event, when I refused to go with Jesus until my mom was with Him, I started taking the anger I had against my dad out on those who made the mistake of getting in my way. To see the look on those corrupt officers’ faces when they had caught me for something and had to call the cop on our street to come to get me was priceless. I grew up into a young man who would drive from Toronto straight to the east end of Montreal for crepes and then return later in the day. I enjoyed driving so much I ended up with a transport license. Throughout my life, I enjoyed shooting pistol and rifle, soaring, flying, parachuting, and motorcycles. I found my dad during the late sixties, and when passing who I found out later was my half-sister, I heard her tell two friends I was the black sheep of the family and that was all she knew. Once I got to know my dad, I realized why he and my mom were so wrong for each other. They were both alcoholics, though I did get one useful quality from each of them. I got my Quebecois dad’s quick anger and my Irish mom’s willingness to fight anyone, anywhere, at any time. These abilities served me well, up until I came back to God in 1998.

“My apologies for having to sanitize some of the events in my life and for leaving others out. A criminal lawyer I know told me what had to be removed or changed, as the laws here in Canada are different than those in the USA. Friends who read this manuscript before it went to the lawyer saw how God changed my life for the better starting in 1998. Years later, the anger in me is slower and slower before it comes out. At first, I only wrote down what I thought would be shown at my funeral, if anyone came, and then three years ago the voice I know was from God told me to put all of my life events down in a binder. I did that, but the grammar was terrible. Then two years ago I was told to have all this stuff published. Now that was a pain getting organized, as I had to go through everything—checking the grammar, which I am not good at. Lucky for me, two friends who read this manuscript also fixed up my grammar errors.”

Published by Christian Faith Publishing, Paul Kelly’s new book is a powerful reminder that leaves the readers an important message that no matter how many mistakes, wrong turns, and misdirection one finds himself into, Jesus is always around to see and watch over you—He will lead all His people towards the good path, no matter what.

View a synopsis of “Jesus Watches Over Me” on YouTube.

Consumers can purchase“Jesus Watches Over Me” at traditional brick & mortar bookstores, or online at Amazon.com, Apple iTunes store, or Barnes and Noble.

For additional information or inquiries about “Jesus Watches Over Me,” contact the Christian Faith Publishing media department at 866-554-0919.