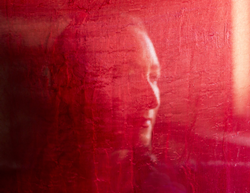 "Should you be in search of an out-of-the-box sound, Poetica is the only album that you should be looking towards...genre-defying and avant-garde...an album that promises to invoke awe in those who hear it." – Wonderland

"I just can’t stop listening to your spoken word album. It’s like proverbs. Pure wisdom.The music is so unique and special, and a totally different spirit than I’ve heard you do, and its production and mix couldn’t be more creative and respectful to the narrative." – Beth Hart

Beginning as a duo collaboration under lockdown between Sage and her longtime cellist Dave Eggar (Esperanza Spalding, Paul Simon), Poetica soon evolved into a full-blown, cinematic spoken word album, with Sage producing and engineering the project in isolation with limited gear she happened to have with her while on tour, while sending files back and forth to musicians from Tennessee to England. From over 200 poems written both during and prior to lockdown, Eggar – whose parents are both poetry professors – volunteered to help Sage select the 18 spoken-word pieces that eventually comprised the album. The project was mixed by Grammy® winner Andy Zulla (The Sweet Remains, Stephen Kellogg) and mastered by multiple Grammy® winning engineer Alan Silverman.

Sage elaborates, "The music on Poetica is serving each poem just as a film score would do so with scenes in a film. The goal was to be as pure as possible in supporting the emotion of each piece...That's how the project tagline became 'fine art music'. Between the musical eclecticism and the accompanying objets d'art-themed photography, it's been a very liberating, collaborative creative process!"