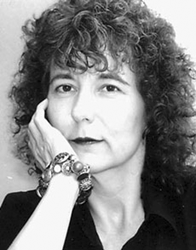 Now in its 12th year, the international Tom Howard/Margaret Reid Poetry Contest will award $1,000 for a poem in any style and $1,000 for a poem that rhymes or has a traditional style. 10 Honorable Mentions will receive $100 each. The top twelve entries will be published on WinningWriters.com and announced in the Winning Writers newsletter, which has over 50,000 subscribers.

Ellaraine Lockie returns to judge the entries for the second year. Ms. Lockie is a widely published and awarded poet, nonfiction book author, and essayist. Her recent work has been awarded the 2013 Women's National Book Association's Poetry Prize, Best Individual Collection from Purple Patch magazine in England for Stroking David's Leg, winner of the San Gabriel Poetry Festival Chapbook Contest for Red for the Funeral and The Aurorean's 2012 Chapbook Spring Pick for Wild as in Familiar. Her tenth chapbook, Coffee House Confessions, was recently released by Silver Birch Press. Ellaraine teaches poetry workshops and serves as Poetry Editor for the lifestyles magazine, Lilipoh.

Ms. Lockie offers the following advice to contestants before submitting: "Ask one or two trusted poets to read and honestly comment on the poem and then welcome constructive criticism. I trade new but final draft poems with a couple of poets whom I respect. Often we don't see our own mistakes when we proof because we read what we intended to write rather than what we actually wrote.

"Print the poem in a significantly different font and size from the usual one. It will look as though it's been written by someone else. I started this exercise when my poems came back in published journals, and I could immediately see problems that I hadn't seen when the poems were in my familiar format.

"Read the poem out loud several times. Doing so exposes problems, especially with rhythm. Musicality is as important, although not as formally dictated, in free verse as it is in other forms. Some computers have options where documents can be read out loud by different voices with varied accents. This can be helpful and also fun to hear your poem read by various computer voices.

"Then read the poem for an audience. This is important because it causes the reader to hear the poem through the ears of others. Syntax or awkward line-length problems will announce themselves as stumbling blocks."

The contest is open now and has a deadline of September 30, 2014. The reading fee is $16 for 1-2 poems of any length. Entries are accepted online at WinningWriters.com.

About the Contest Sponsor
Winning Writers was founded in 2001 to provide expert literary contest information and resources to the public. In addition to the Tom Howard/Margaret Reid Poetry Contest, we sponsor the Tom Howard/John H. Reid Fiction & Essay Contest and the Wergle Flomp Humor Poetry Contest. Learn more at WinningWriters.com and join our 29,000 followers on Twitter at @winningwriters.